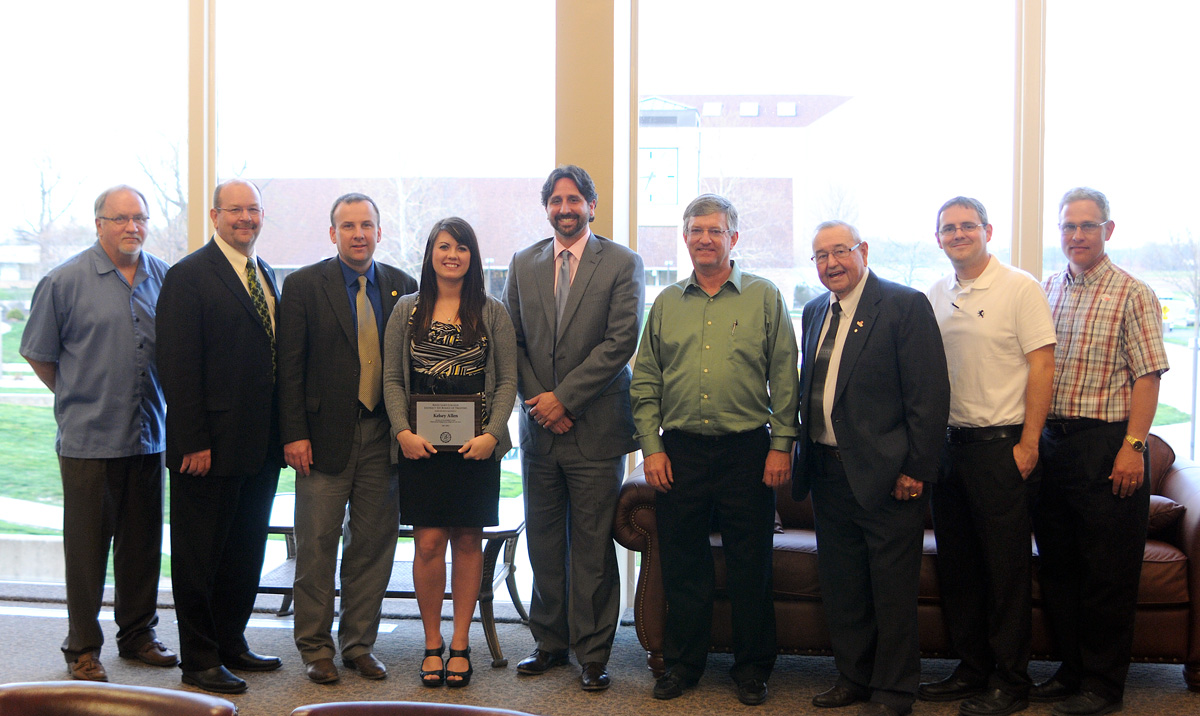 INA, Ill. (April 9, 2013) - Rend Lake College student Kelsey Allen, of Bonnie, attended her last meeting Tuesday night as the RLC Student Trustee. Allen served her one-year term in the role and makes way for new student trustee Haden Smith (Wayne City). After being given a plaque and framed photo, Allen told the members of the RLC Board of Trustees that she is thankful for their guidance along the way and will be transferring her Rend Lake degree to Southern Illinois University to study crop and soil science in the fall. "I don't regret one single part [of being student trustee]," she said. IN THE ABOVE PHOTO, FROM LEFT, are; Trustee Rick Marlow, Vice Chairman of the Board Ed Cunningham, RLC President Terry Wilkerson, Allen, Chairman of the Board Bryan Drew, Trustee Randy Rubenacker, Trustee Marvin Scott, Trustee Eric Black and Secretary of the Board John Kabat. 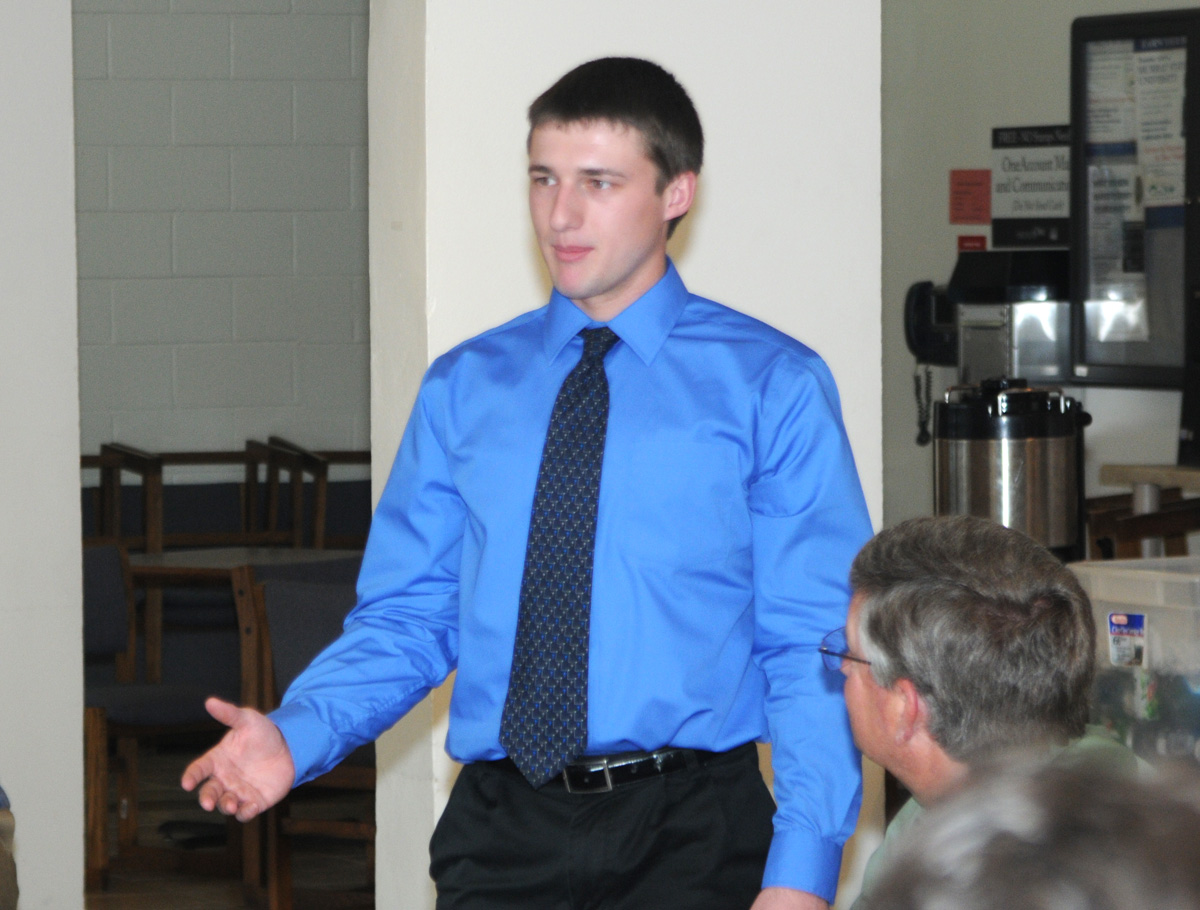 In this photo, Rend Lake College's new student trustee, Haden Smith, introduces himself to members of the Board of Trustees at their monthly meeting on Tuesday. Smith (Wayne City) was elected for the 2013-2014 academic year. He is a sophomore majoring in Agricultural Production and Management. Smith replaces outgoing student trustee Kelsey Allen (Bonnie).