'How Bad Do You Want It?': RLC alumna Rebecca Harris writes book to inspire young athletes, others to pursue their dreams

Rebecca T. Harris knew what she wanted to do at a young age, and now she has penned her own personal playbook in hopes of helping others achieve their goals.

“My ultimate goal is to take basketball as far as I could, and I wanted to have that full scholarship to study whatever I wanted,” Harris said. “People have asked me why I was so confident in knowing what I wanted to do. If you know, you know, and there is nothing anyone can do to deter you from that.”

In “How Bad Do You Want It?” the RLC alum and Hall of Fame guard shares the insight, knowledge and experience she has collected during her three decades as a former-student athlete, professional basketball player and coach. She discusses ways young athletes can pursue their ambitions and elevate their game to the next level. 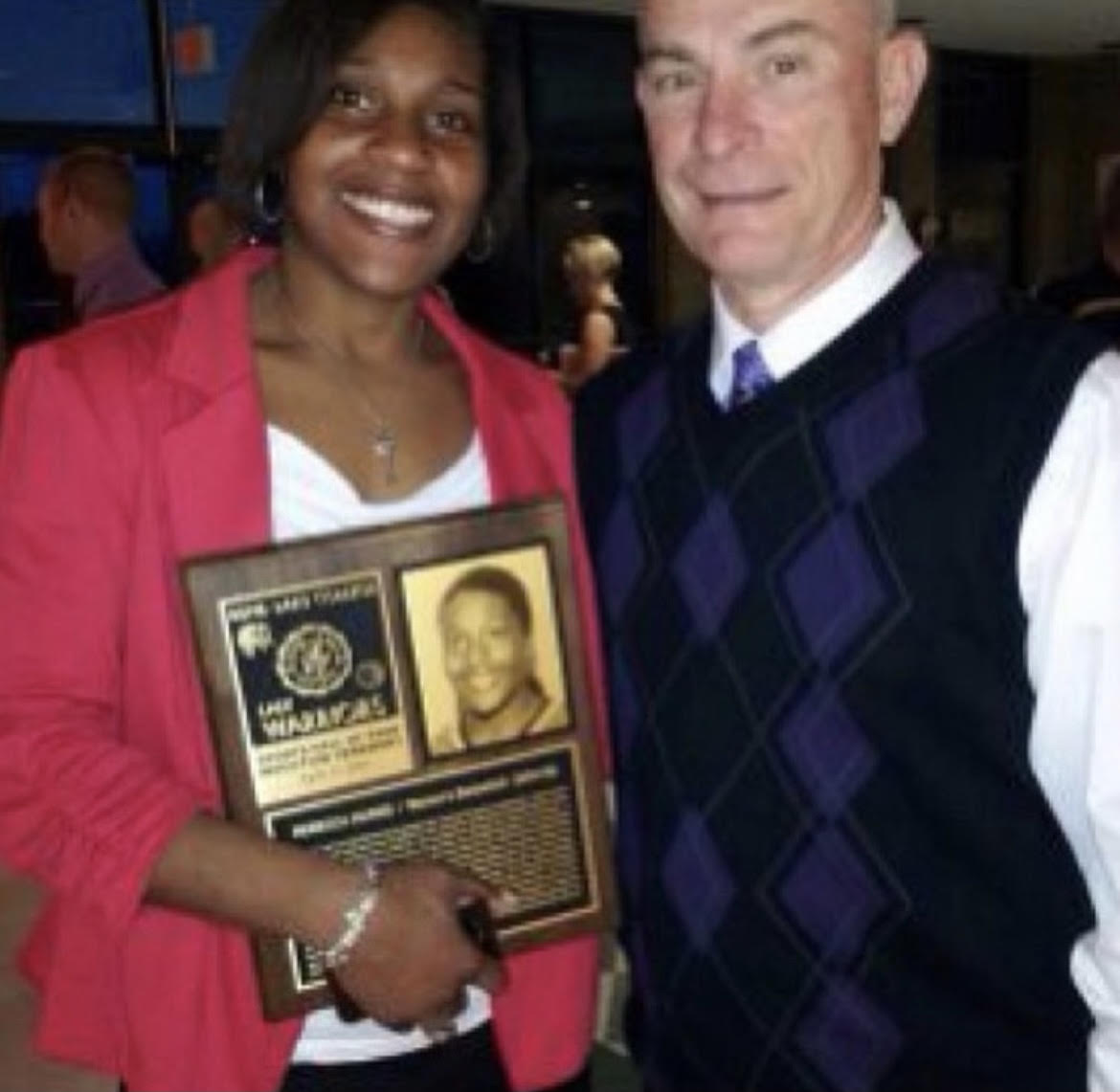 Rebecca Harris recently published a book titled "How Bad Do You Want It?," which provides tips and guidance on helping young athletes elevate their game to the highest level. Harris was selected for the RLC Sports Hall of Fame in 2013. (Click image for printable photo).

Harris said she is often approached by student-athletes, parents and coaches who are seeking advice on how to elevate their game to the next level. The idea to write a book came while she was traveling to an away game in Germany. She answered a Twitter direct message from a high school senior who lived in a small area where there was not a lot of recruitment. She wanted to know if Harris had any advice on how to make it and what should she do to continue to play after her high school career was over.

“I was thinking about my own experiences and my own hopes and dreams I had about playing basketball at the highest possible level when I was younger,” Harris said. “I understood the route that I took going from a junior college to a Division 1 program as well as taking the steps within my career to coach high school and college.”

After she replied to the message, Harris had five more hours to kill before the end of the road trip so she typed a list of commonly asked questions. Those inquiries would become the chapter titles for her book.

“I filled it in with my own answers with my time being a coach and my experiences in playing,” she said.

“How Bad Do You Want It?” lays out the foundation with various strategies and tactics to succeed on and off the court. While Harris geared the book for young people who are relentless in accomplishing their dreams, she said the wisdom given could be applied to anyone in need of some motivation.

Harris has been playing basketball ever since she could pick up a ball. She was a standout at Mascoutah High School before starting her collegiate career at Rend Lake during the 2003-04 season. Harris played a leading role in two 19-win seasons. 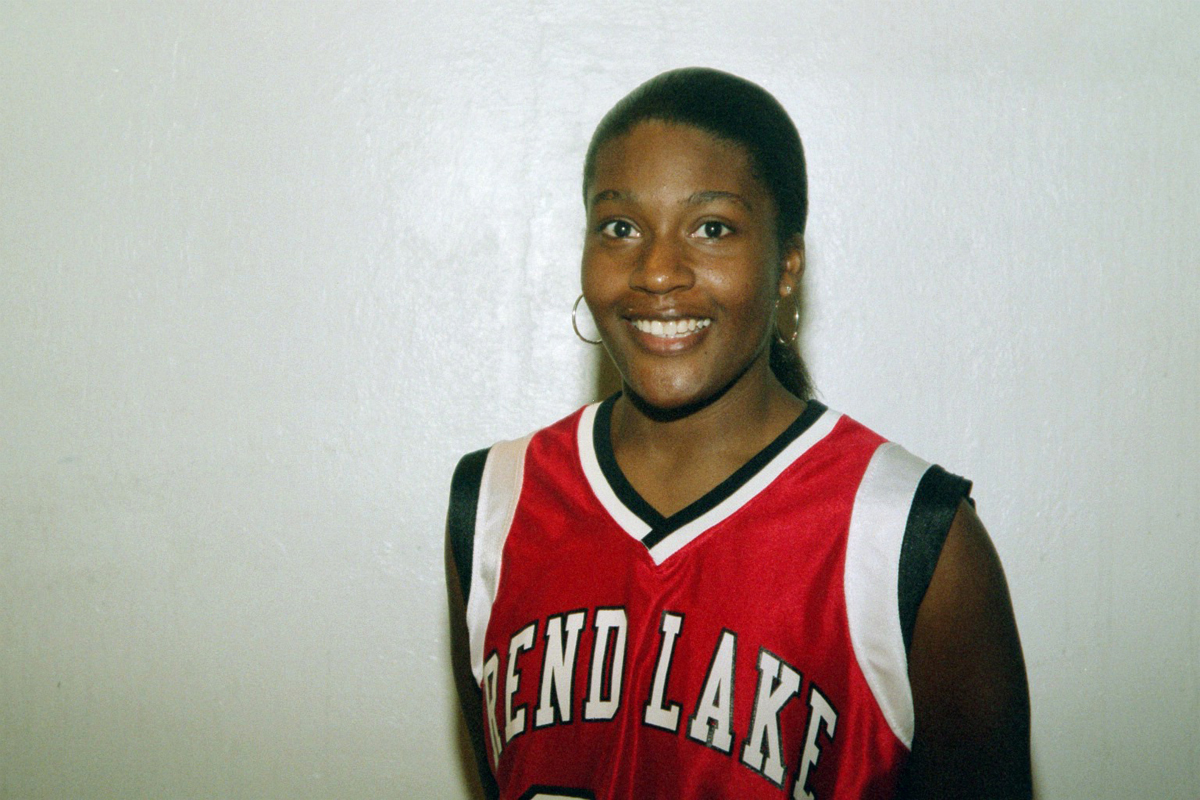 Rebecca Harris is the second all-time scorer for the Rend Lake Warriors and averaged 10.1 points during her final season (Click image for printable photo).

During her sophomore year at RLC, she scored 707 points and averaged 23.6 points per game. She was the third-best in the NJCAA D-1 ranking in points per game, and she earned an All-America Honorable Mention. She averaged 5.8 rebounds, 5.8 assists and 2.0 steals. She scored 498 points her freshman year. She is the second leading all-time scorer for the Warriors with 1,205 total points. She scored 30 or more points in at least 10 games.

Harris would later transfer to the University of Illinois at Champaign, becoming the first JUCO recruit in six years. While playing for the Fighting Illini, Harris played 30 games as a junior and started much of her senior year at point guard. She averaged 10.1 points her final season and was named to the Academic All-Big Ten and led her team to the All-Big Ten Tournament finals. She graduated in 2006.

After her college days, Harris continued her career as a professional basketball player. Later, she pivoted to coach at the high school and college levels, even returning to RLC to coach. In 2013, Harris was inducted into the RLC Hall of Fame.

Harris said one of the important points she addresses in her book is that the path to achieving what you want can take its own twists and turns but still wind up where you want to be.

“You can take one route but then there is also three, four, five differ other routes,” she said. “You have an idea of what you want to accomplish that will help you figure out which route is best for you.”

While “How Bad Do You Want It?” is marketed toward young student-athletes, Harris said there is practical advice for anyone who needs a push. A friend recently told her after she read the book she decided to devote more time to her career as a police officer -- an initiative that recently landed her a promotion.

“This is really for everybody if you need the motivation,” she said. “One thing I like to do is to ask who all have you told. A lot of the time people shy away from telling anyone about it, but if you don’t put it out there, it is not going to just happen. If you are serious about it, put it out there, and we’ll deal with whatever comes next afterward.”

Just like anything worth having, there will be a lot of hard work involved, and Harris contests that at times, it could seem to be an uphill battle. But there is courage for those who can rise above the naysayers and pursue their dreams anyway.

“When you are a female athlete, they try to put limits on you. From two years after college, some people were asking me: ‘Are you done now?’” she said. “I’m like whoa, why are you trying to stop me from doing what I’m doing. Hobby? It’s more than a hobby. It’s my job. I am getting paid for this. Don’t try to downplay what I’ve accomplished because they didn’t chase their dreams.”

In addition to promoting her book, Harris will begin playing for a new professional league this year. She joins the roster of Athletes Unlimited’s inaugural women’s basketball season in Las Vegas, starting in January.

Harris credits her time at RLC as the stepping stone she needed to do what she always wanted.

“I will always be an advocate for Rend Lake and for junior colleges,” she said.

Reflecting back on her career, Harris can see how networking and connections have benefited her in so many ways, and she hopes that her advice can help someone fulfill their lifelong dreams.

“I say in the book to the person reading this, this is for you,” she said. “What are you willing to do? How bad do you want it is the question.”

For more information about Harris or to get a copy of her book, visit www.rebecca30harris.com. You can also buy a hardback or Kindle version at Amazon. Follow her on TikTok at becharris30. 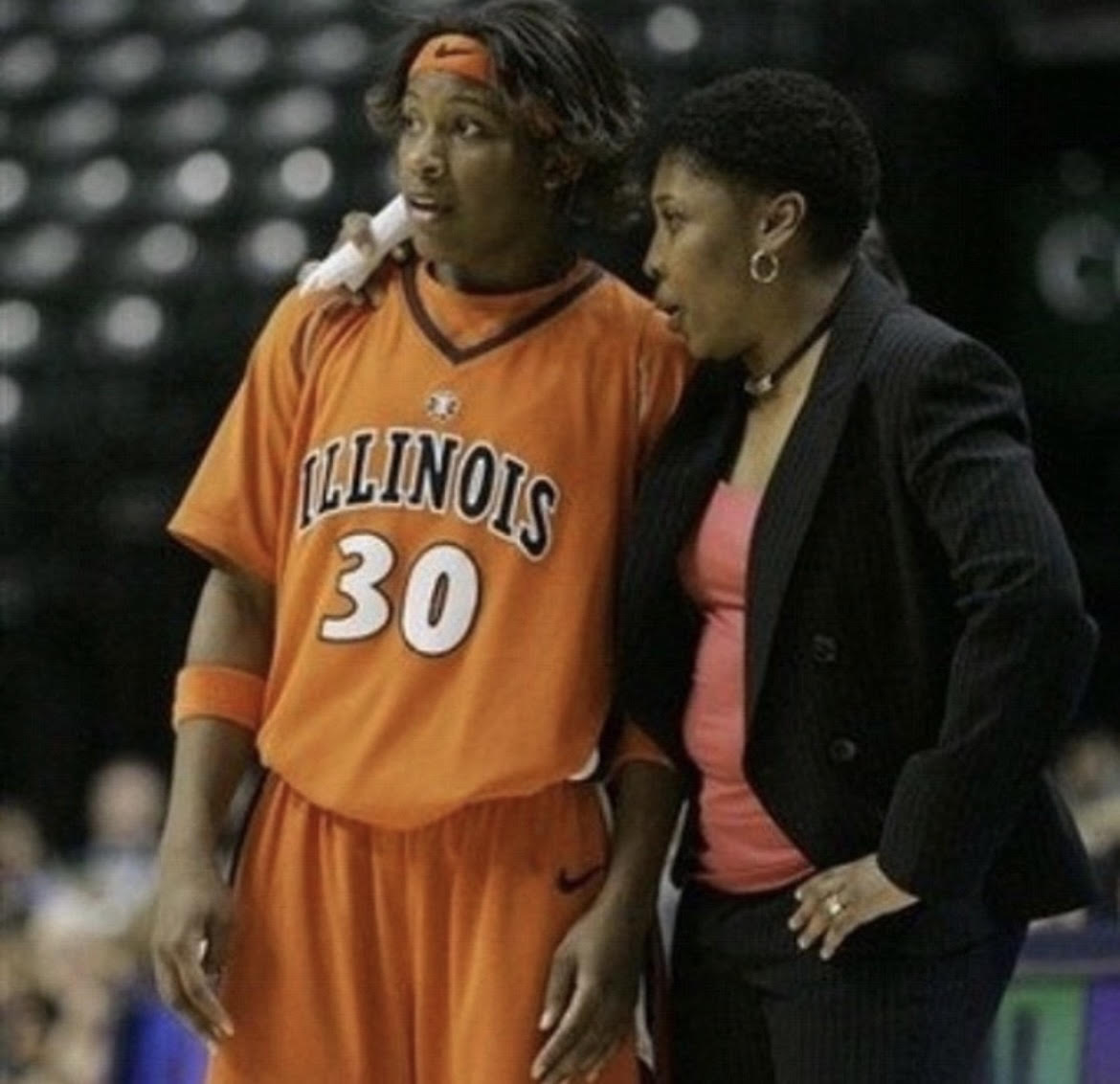 Former Warrior Rebecca Harris transferred to the University of Illinois Champaign-Urbana after her sophomore year at RLC. She has also played with professional basketball leagues and coached. (Click images for printable photos) 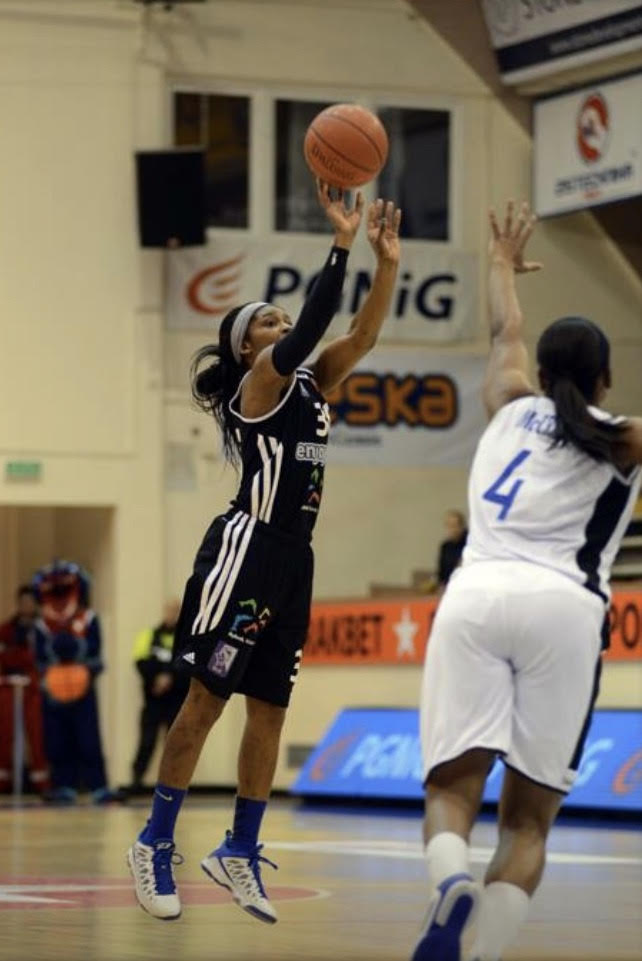