INA, IL (Oct. 13, 2021) – The 8th annual Rend Lake College Car Show featured an impressive array of automobiles and earned a considerable amount of scholarship dollars for the next generation of car enthusiasts.

There were 93 cars, trucks and motorcycles that rolled into RLC on Saturday to attend the event. It was a beautiful and warm fall day as participants were awarded trophies for their vehicles in a variety of categories.

A total of $1,500 was raised for RLC Automotive scholarships. The show also featured more vehicles than the last event, which was held in 2019.

“We do get really good community involvement from all over,” RLC Automotive Professor Nigel Thompson said.

Austin Haynes of Johnston City won the Best in Show award for his orange 1970 Chevy C-10. Haynes said he got the truck when he was 16 years old as a way to transport himself back and forth to high school. The truck ended up being a front-end restoration that took him five years to complete. 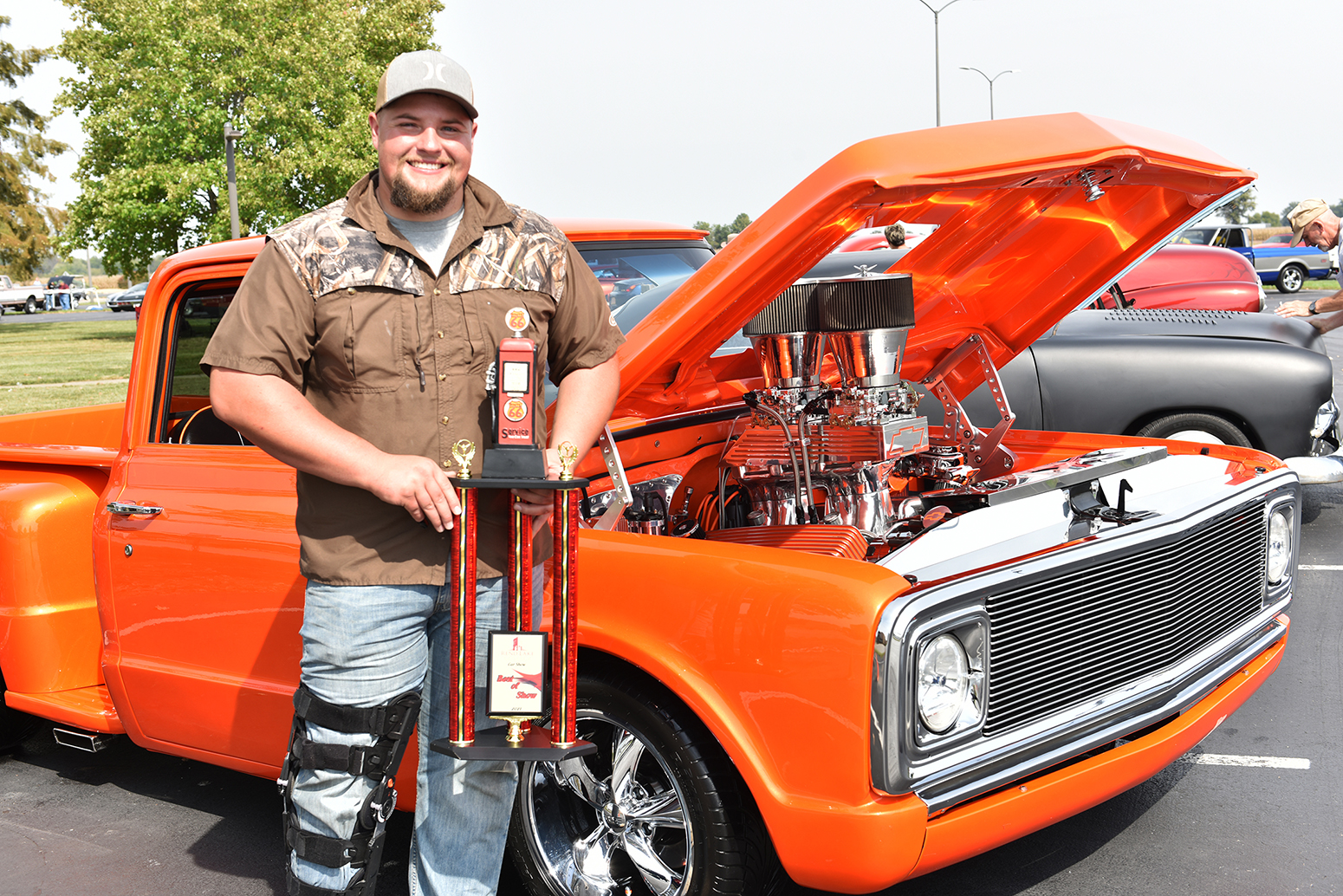 Austin Haynes of Johnston City poses next to his 1970 Chevy C-10, which won Best in Show at the 8th annual RLC Car Show Saturday. (Click image for printable photo)

Haynes, who works as a deputy for the Williamson County Sheriff’s Office, has since entered and won regional and national competitions.

Haynes said he is grateful every time the hard work he put into his truck is recognized. He is now working on other cars in hopes of returning.

“It’s unexpected every time,” Haynes said. “There are so many nice cars out here. This was my first built. This is what I learned on.”

Other awards include the President’s Choice Award, which went to Jeff Osborn of Mt. Vernon for his 1953 Chevy Truck.