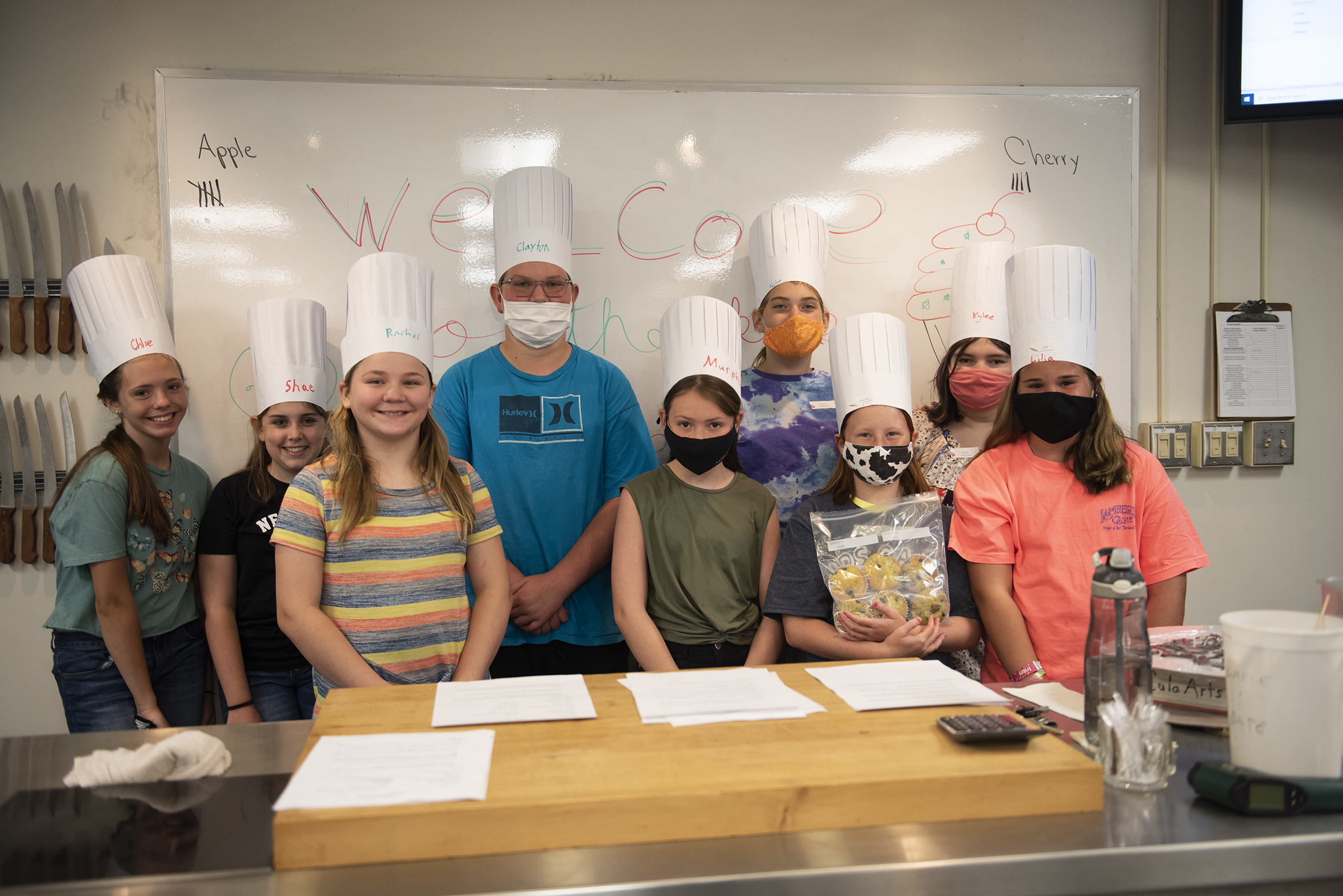 Young bakers spent the morning learning how to make blueberry muffins. Later on in the week, they will open the RLC Bakeshop, where they will sell their desserts and goodies on the Rend Lake College campus. Campers include, from left, Chloe Austin, Shae Barrett, Rachel Morris, Clayton Drew, Murphy Ward, Taylor Ragain, Harper Mandrell, Kylee Rivett and Lilia Little.

Below: Campers prepare for their next dessert by retrieving pie plates. 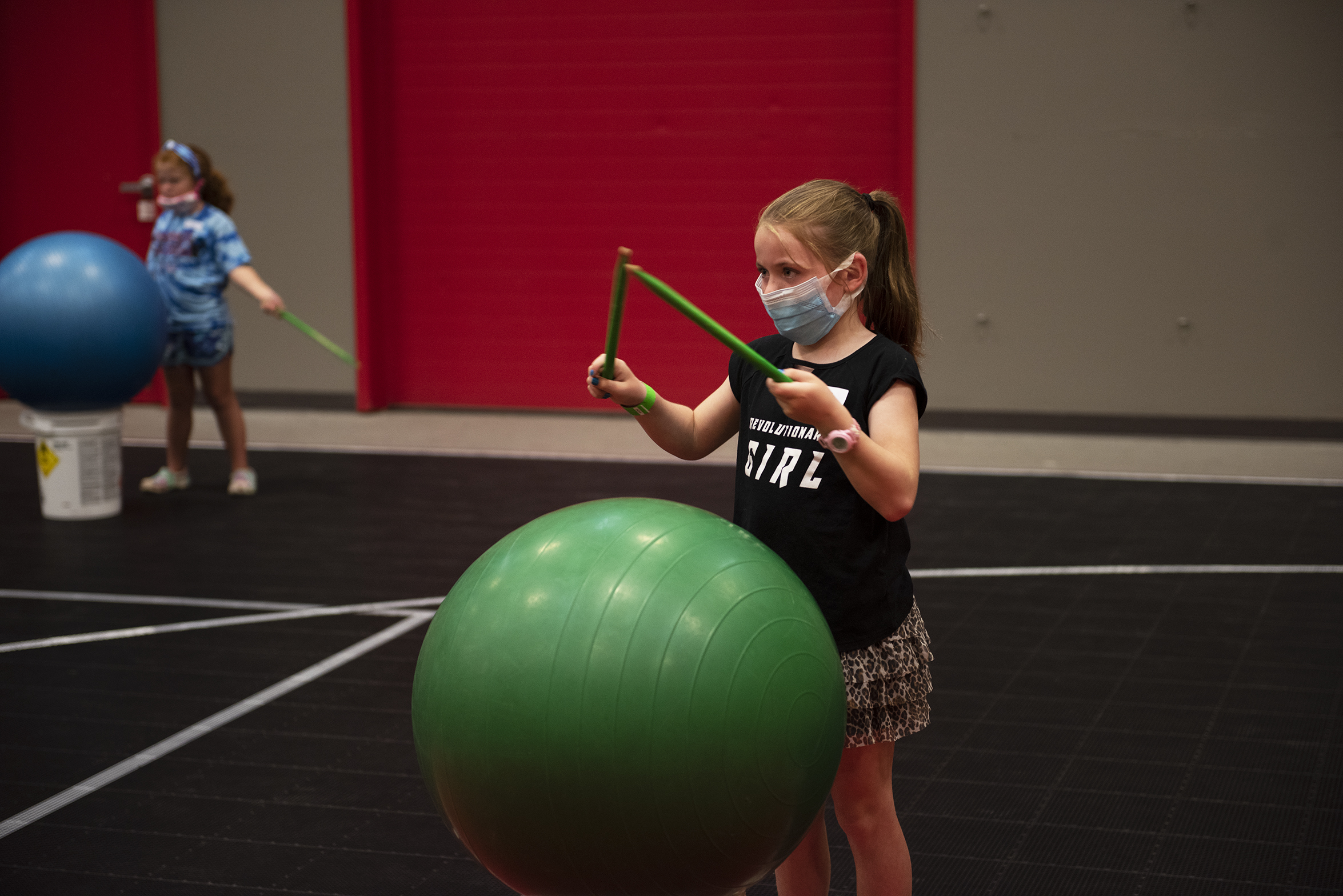 At the Rec Center, many children were in motion on Monday morning for the Music & Movement Class, following along with instructor Katie Keown. The students used drumsticks and dance moves to various pop songs. The afternoon brought all sorts of science projects with everyday household items with the Garbage Pail Science camp. One project had children play with the cohesive and adhesive properties of water while they made droplet paintings. The camp instructor is Reba Boyer.