Rend Lake College is putting students before its balance sheet. For the fifth straight year, tuition is staying the same. RLC continues to be one of the most affordable community colleges in the nation and a harbor in the wake of higher education's growing price tag.

RLC will keep in-district tuition $110 per credit hour for the Summer 2021, Fall 2021 and Spring 2022 semesters, its Board of Trustees voted last week. The out-of-district and out-of-state tuition rates also remain the same.

Leaders said the decision was based on the college’s ability to maintain a strong financial position and still meet its forecasted budgetary needs. This could be accomplished without an increase in tuition rates. The flat rate helps RLC remain competitive as one of the most affordable community colleges in the state and U.S.

"We believe we have a responsibility to our students to keep tuition as reasonable as possible, particularly during the COVID-19 pandemic,” RLC President Terry Wilkerson said. “Because of our relatively strong financial position and prior planning, this is one way we can help our students during this tough time."

Even with surrounding universities postponing tuition increases; when calculating tuition, fees, room and board, a full degree at RLC costs less than one semester at any Illinois university. The amount spent in tuition and fees at RLC is less than what a local university charges in tuition alone. 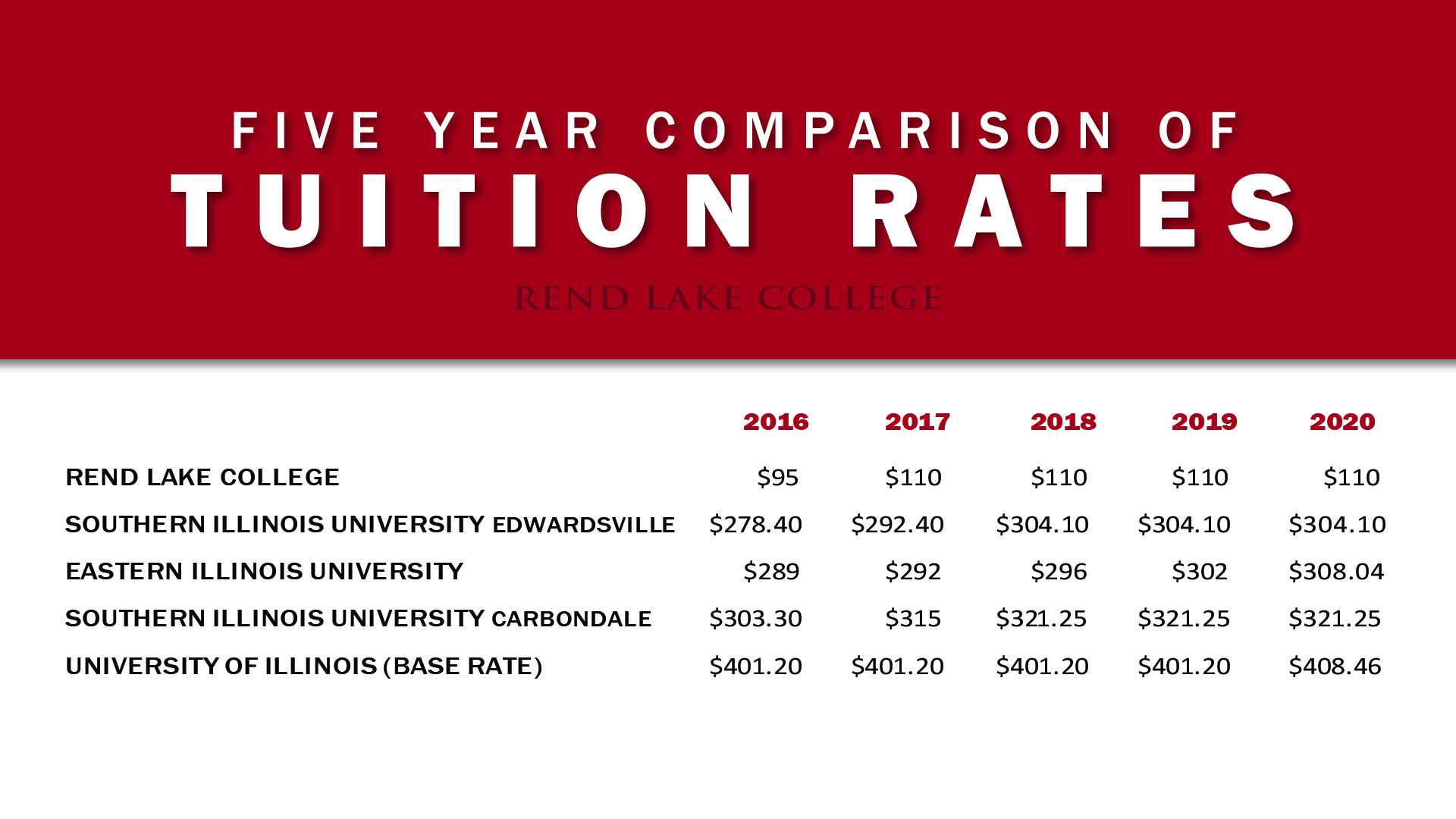 Increases for the University of Illinois Champaign, Springfield and Chicago campuses were recently postponed for a year. A proposed 1.8 percent hike was reportedly expected to hit in the Fall 2021 semester. The U of I board approved increases to housing costs — two percent at Champaign, 2.6 percent at Chicago and 1.4 percent at the Springfield campus. (Source: Chicago Tribune)