INA, Ill. (March 20, 2020) — His name is adorned on the Administration Building at Rend Lake College, but his legacy lives throughout institutions across Illinois as “the man who has done more for community colleges of the state than any other.”

Those were the words of Shawnee Community College President Dr. Loren Klaus in 1979 in a letter recognizing the efforts of RLC board member Dr. Allen Y. Baker. At that ceremony in 1979, Dr. Baker was the first person in RLC history to have a building named after him. His contributions to Rend Lake College and community colleges across the state were immeasurable in the 1960s and 70s. Baker passed away March 13 in Florida. He was 98 years old. 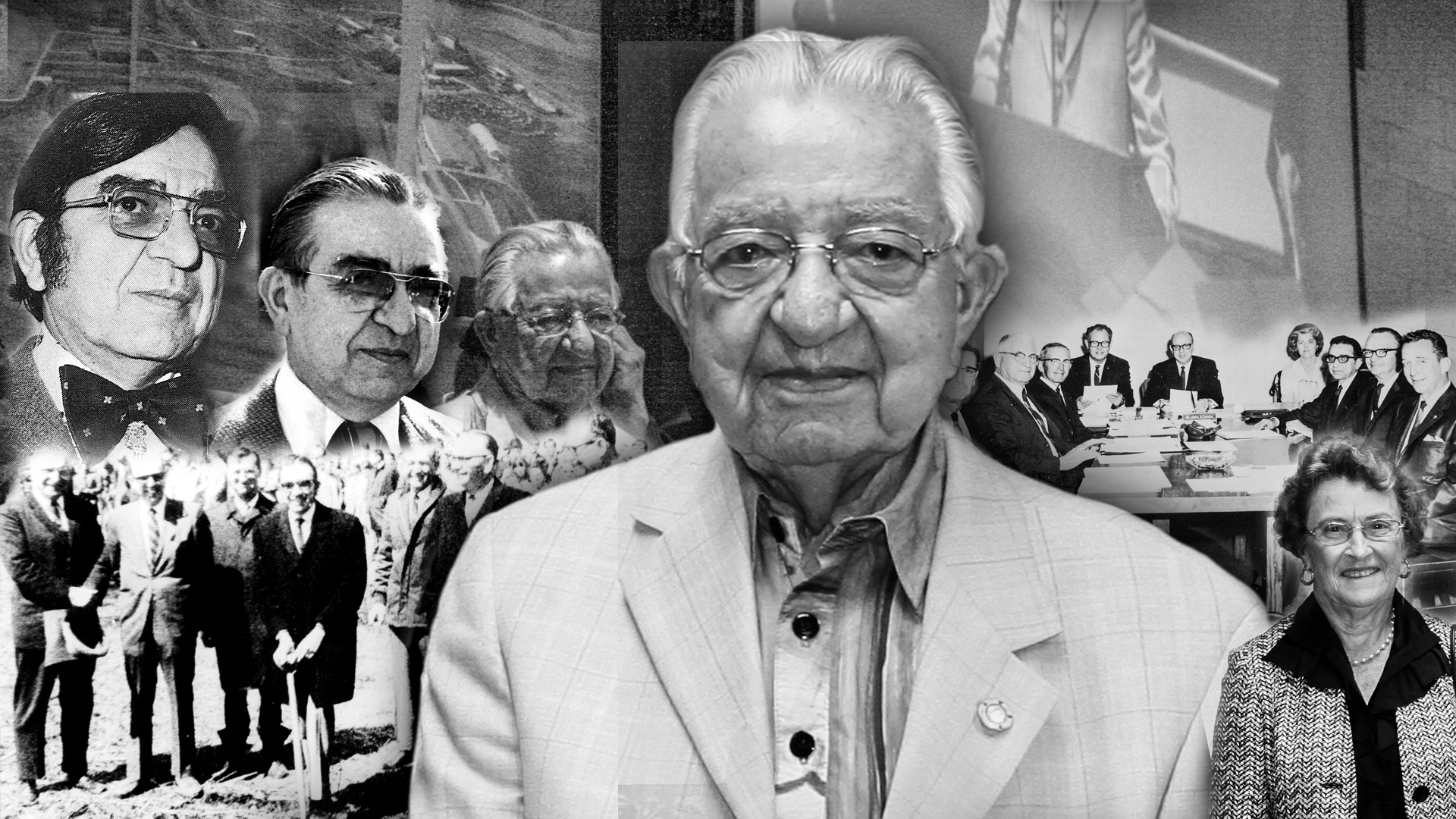 Baker is a part of RLC’s story from the very beginning. He was elected to the first ever RLC Board in 1966. In March 1969, Baker and six fellow board members stood in a cornfield and broke ground on what would become RLC’s Ina campus. He would serve on the Board of Trustees until he decided not to run for re-election in 1979 and he was Board Chairman from 1970-1974.

"Dr. Baker created a great legacy at Rend Lake College that is evident on our campus today and will be well into the future. We respect and appreciate the impact Dr. Baker had on Rend Lake College and the Illinois community college system," said RLC President Terry Wilkerson.

Baker’s fingerprints are all over the formation and development of Rend Lake College. He served on the Steering and Executive Committees for Perry County and played a significant role in making Pinckneyville part of the RLC district. He was involved in site selection and hiring of RLC’s first President. He helped select an architect and passed a bond issuance for $1.3 million to construct the original campus. And he helped develop RLC’s Master Plan, guiding RLC to be the first community college in the state to complete a Master Plan.

But his contributions to community college infrastructure did not end in Southern Illinois. In 1965, Illinois passed the Public Community College Act and leaders around the state stepped up to guide and enact this new comprehensive plan. Allen served as RLC’s representative to the Illinois Community College Trustees Association since its founding and served two terms as the ICCTA Chairman. It was with the ICCTA where Baker fought successfully to establish equalization funding, which allows areas with lower assessed values to receive fair funding and keep community college costs low for students around the state. While Baker was president of the ICCTA, all 39 community colleges in Illinois joined the organization. The ICCTA named Baker a lifetime Honorary Member.

It was at RLC’s May 2008 graduation ceremony where Baker made one more great contribution to the college. On the commencement stage, he announced he and his wife Stella were going to establish the Dr. Allen Y. Baker and Stella Baker Scholarship Fund. The Bakers donated a $100,000 endowment to start the scholarship, which was one of the largest in the history of the college. The scholarship was set up to help Pinckneyville High School students looking to attend RLC. Baker practiced as an optometrist in Pinckneyville for nearly half a century.

“The people of Pinckneyville were so good to me over the 48 years I practiced there. I wanted to repay those who trusted me with their vision care and enabled us to enjoy the wonderful life we have today,” he said in 2008.

The Bakers retired to Clearwater, Fla. after spending more than 40 years in Pinckneyville. Dr. Baker and Stella met in Fort Lewis, Wash. and were married in 1948 in Pinckneyville. Stella passed away May 13, 2012. The Bakers donated considerable property and artwork to the Rend Lake College Foundation. To establish other scholarships, they donated an antique automobile and real estate.

Currently, there are no services scheduled for Baker. The family has chosen Rend Lake College as one of the organizations to receive donations in memory of Dr. Allen Baker. Gifts can be made online at www.rlc.edu/give-now.