RLC has a full schedule of events for Diversity Week

UPDATE — Due to ongoing health concerns with COVID-19, Rend Lake College has canceled the following event. RLC is committed to the safety of students, faculty, staff and the public and is working to limit large gatherings during this time. For up-to-date information on the college’s plan moving forward, visit rlc.edu/coronavirus.

INA, Ill. (March 9, 2020) — Diversity of culture and purpose are core values observed at Rend Lake College, and those ideals will be on full display at the end of March.

March 23-27 is Diversity Week at RLC, which features multiple events aimed at helping students, faculty and staff explore other cultures, backgrounds, experiences and ways of life. These programs are also open to the public and anyone looking to increase awareness, understanding and inclusivity. All events are free to attend. Here is what RLC has to offer for its annual Diversity Week:

Film showing: “The Last Conquistador” at 10 a.m. in the RLC Theater 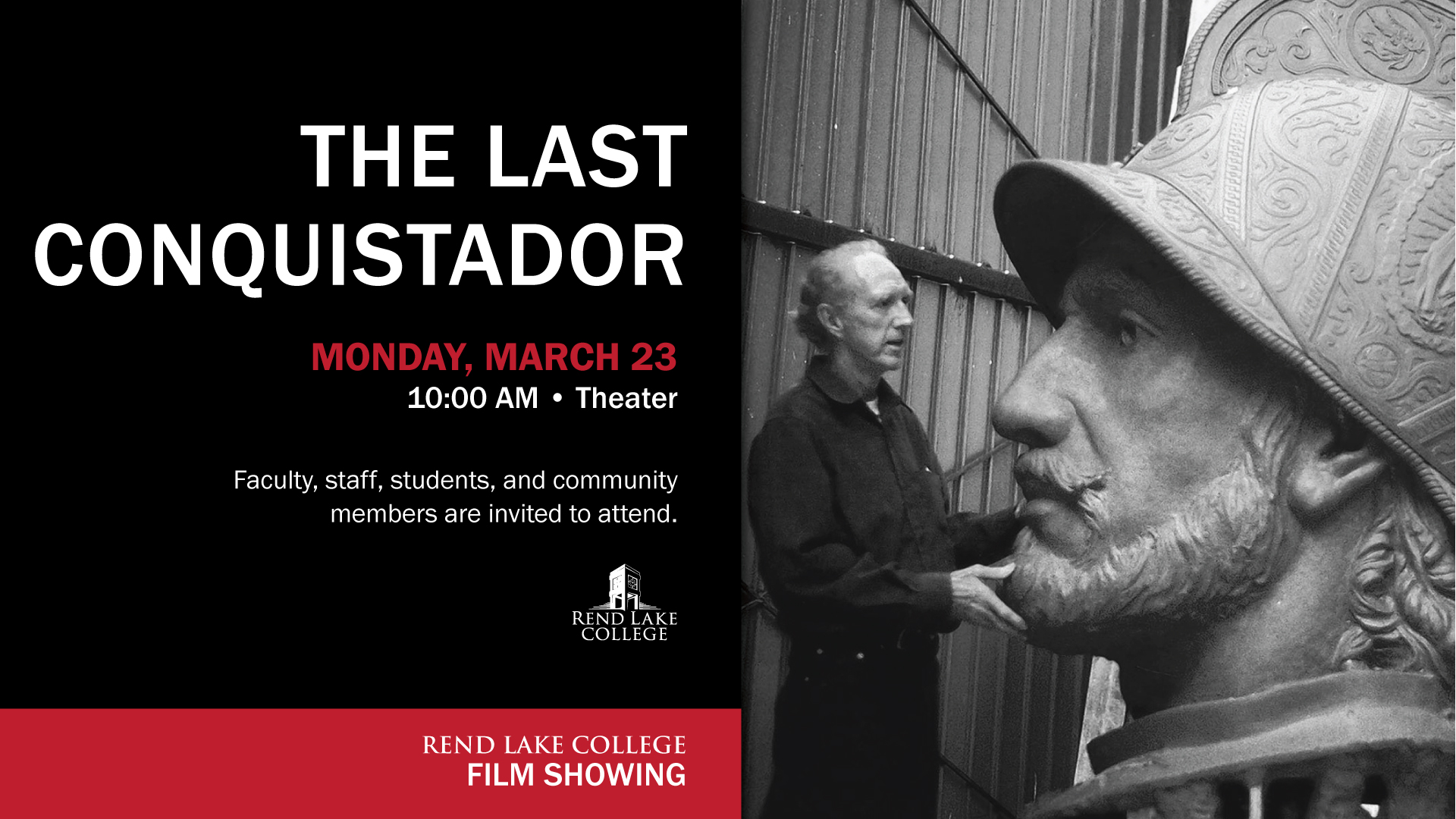 Sculptor John Houser is given his dream project — creating a larger-than-life statue of Spanish conquistador Juan de Oñate for the city of El Paso, Texas. The El Paso city council commissioned the project as a tribute to the contributions Hispanic people made in the United States. But Native Americans are outraged as they recall the massacres of Native people and destruction of culture at Oñate’s hand. El Paso is a city divided and Houser must face the moral implications of his work.

One-woman show: “Slant” by Ashley Beard at noon in the RLC Theater 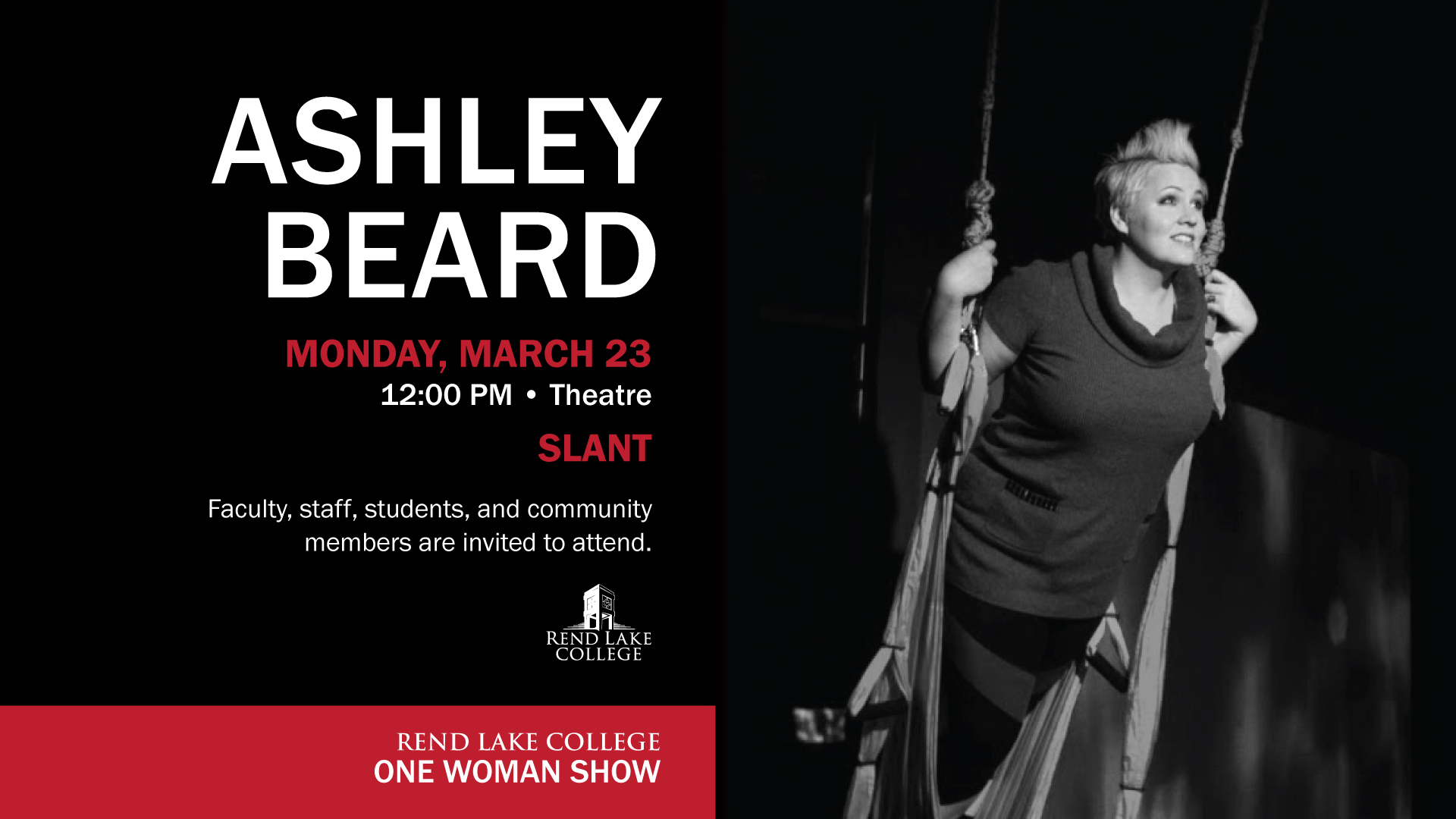 Emily Dickinson’s line, “Tell all the truth but tell it slant” inspires this 60-minute performance that explores the risky endeavor of telling stories, true stories. Slant asks what can be seen from the slant of falling, of failing, and of “risking ourselves precisely at moments of unknowingness.” Ashley Beard presents true stories from her life in the performance, including her clumsy childhood, her fall from religious grace and her coming out.

Film showing: “Living on One Dollar” played continuously in the Academic Building, Room 202 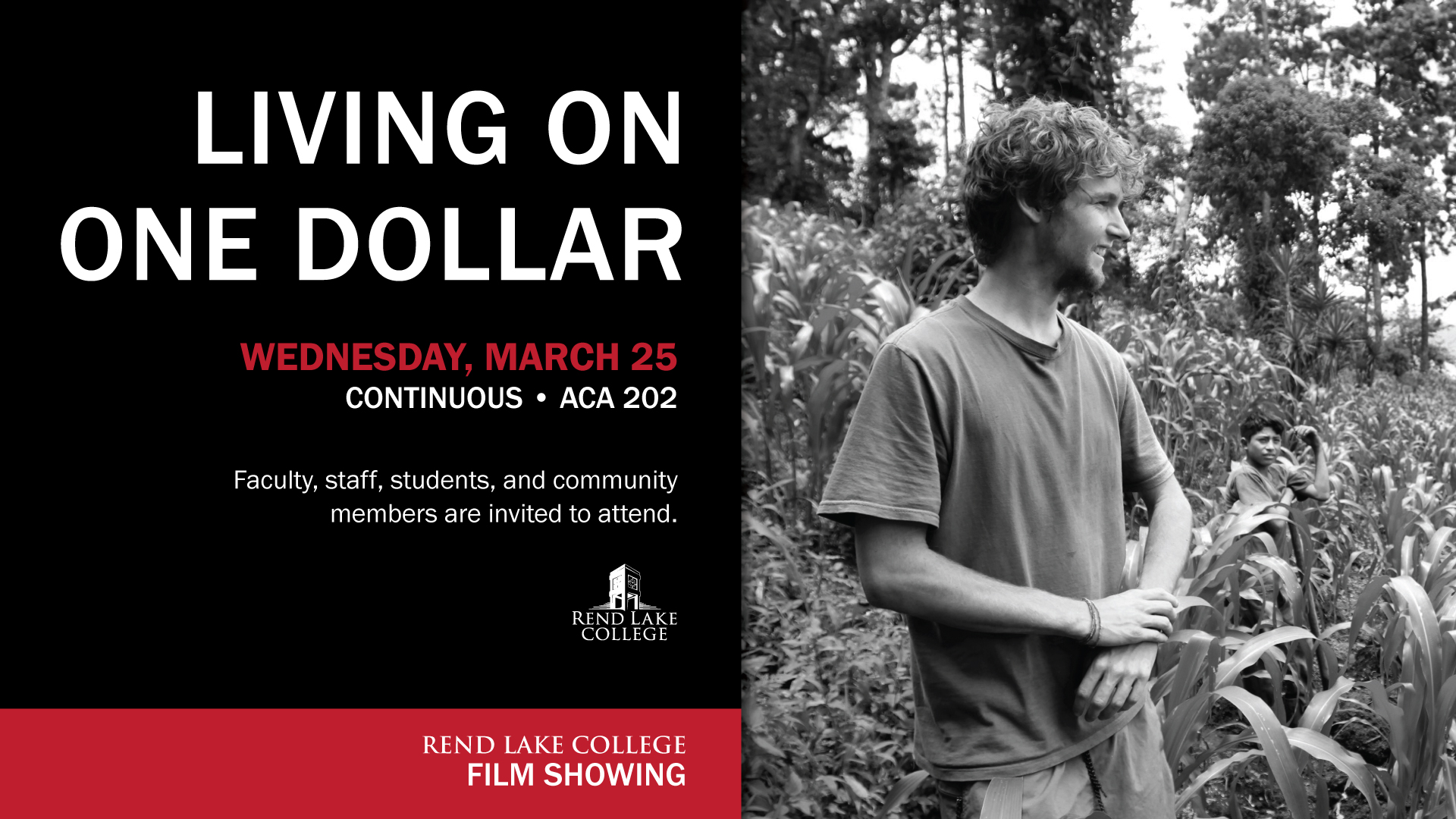 58 days. 58 dollars. This documentary follows four friends as they attempt to live on just $1 a day for two months in rural Guatemala. They battle hunger, parasites and extreme financial stress during the journey. Unfortunately, these are living conditions more than 1.1 billion people face on a daily basis around the world and “Living on One Dollar” attempts to show there are effective ways to make a difference. 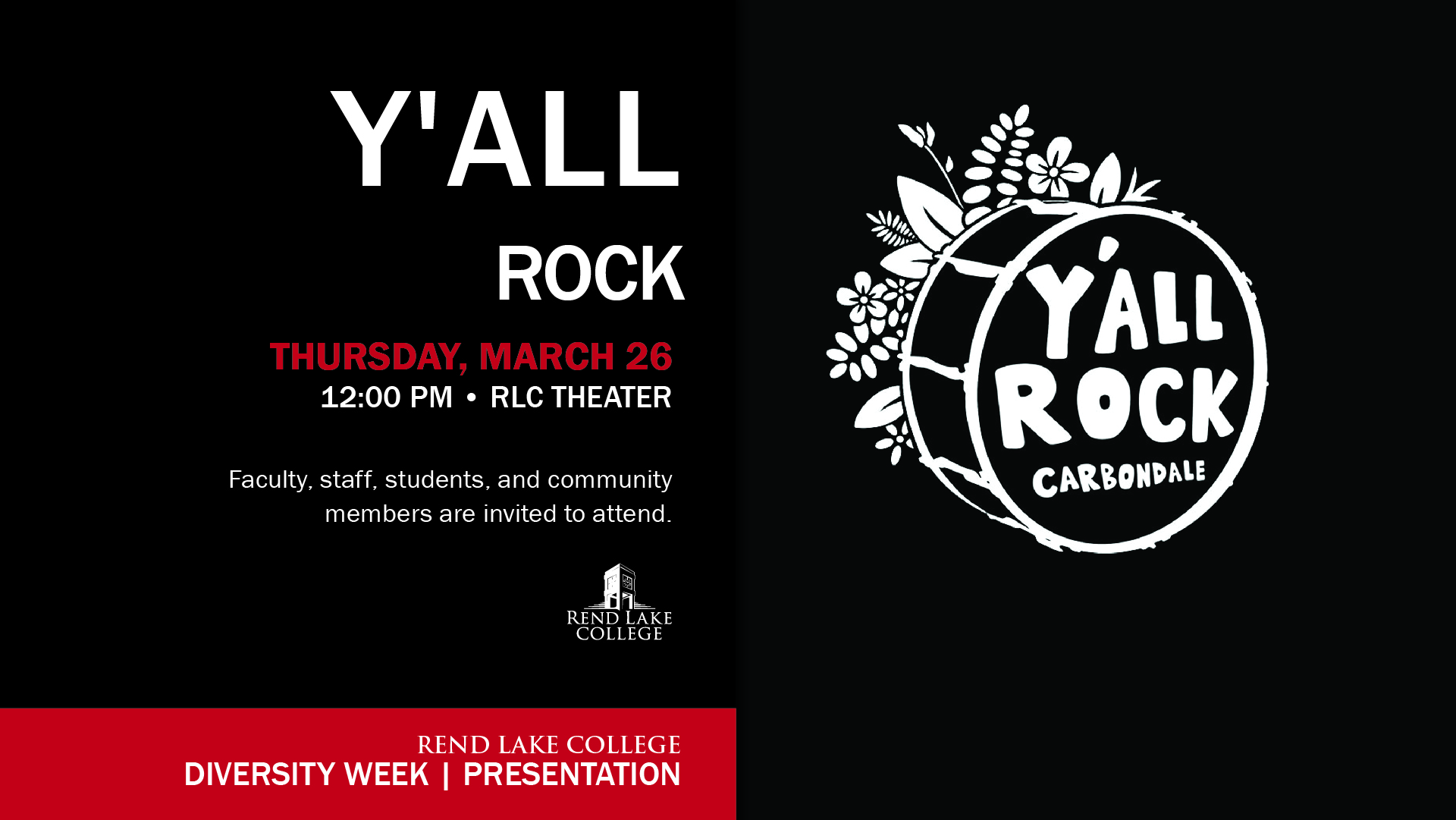 Y’all Rock Carbondale, formerly Girls Rock Carbondale, is a youth-centered music organization that cultivates an empowering space for girls, women, transgender and gender non-conforming people to collaborate and experiment in music, expression, performance and collective care. Started in 2014, Y’all Rock Carbondale offers summer camps, after school programming and workshops for the community. Y’all Rock members will give an interactive presentation during the event.

LGBTQ and You: “Stepping Into Allyship with Ben” at noon in the Student Center Private Dining Area 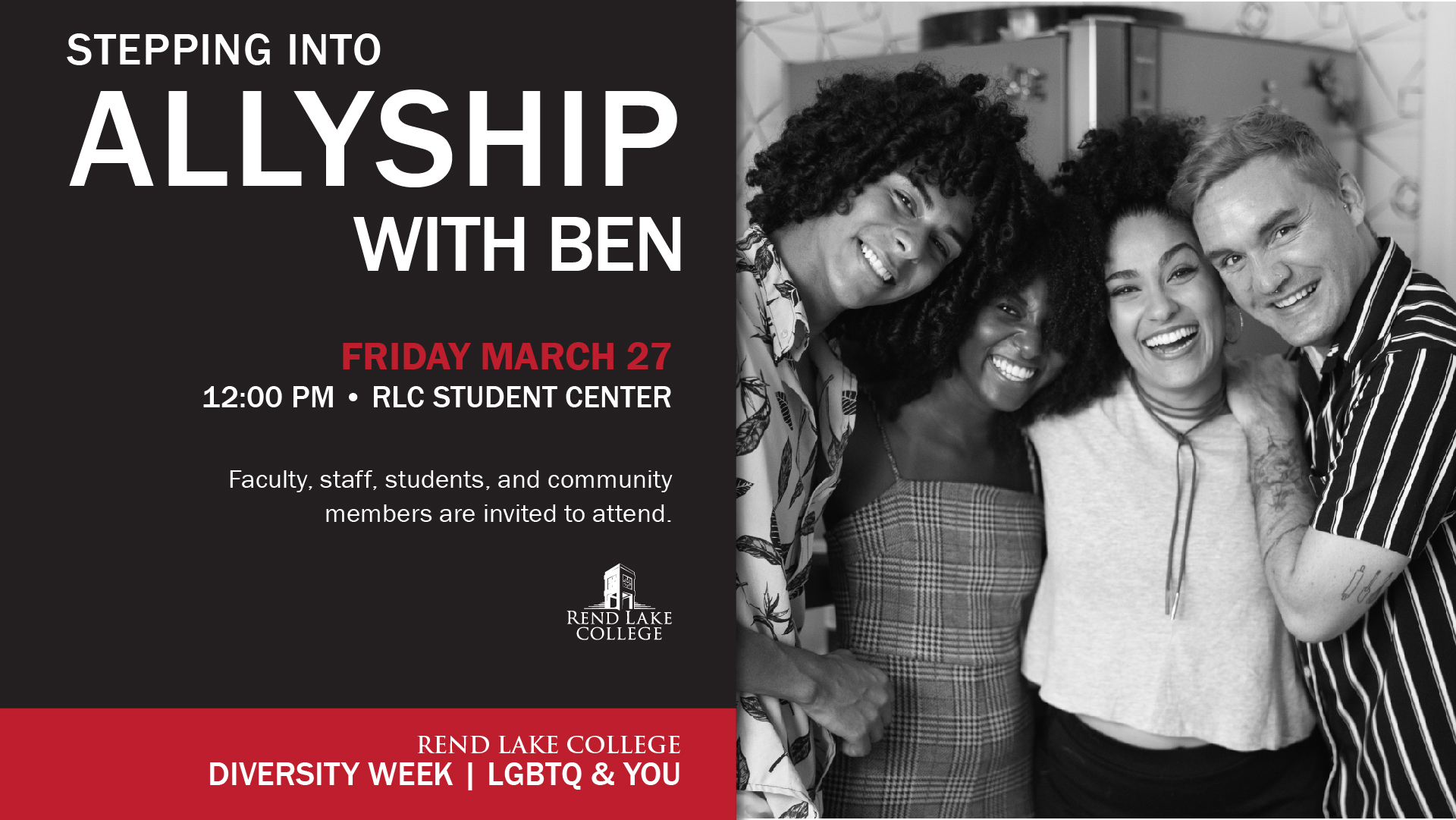 This presentation gives an inside look at the best practices of being a proactive ally to LGBTQ individuals. Benjamin is a Southern Illinois raised, Central Illinois educated, and now Chicago resident who has been educating on LGBTQ topics since 2011. He received his Bachelor of Arts in Sociology and Master of Science in Family Science both from Eastern Illinois University. Ben has presented at state and national conferences, visited various classrooms, and provides consultations on research pertaining to LGBTQ issues. He has focused on transgender and gender non-conforming individuals and those impacted by sexual violence. Join Ben for a lively and educational discussion full of dad jokes, stories from growing up in the 618, and best practices in being a proactive ally to LGBTQ individuals.

For more information on all of RLC’s Diversity Week programming, contact English Professor Rob Little at 618-437-5321, Ext. 1765 or [email protected]