Garrett Rightnowar named RLC VETERAN OF THE MONTH for December 2019 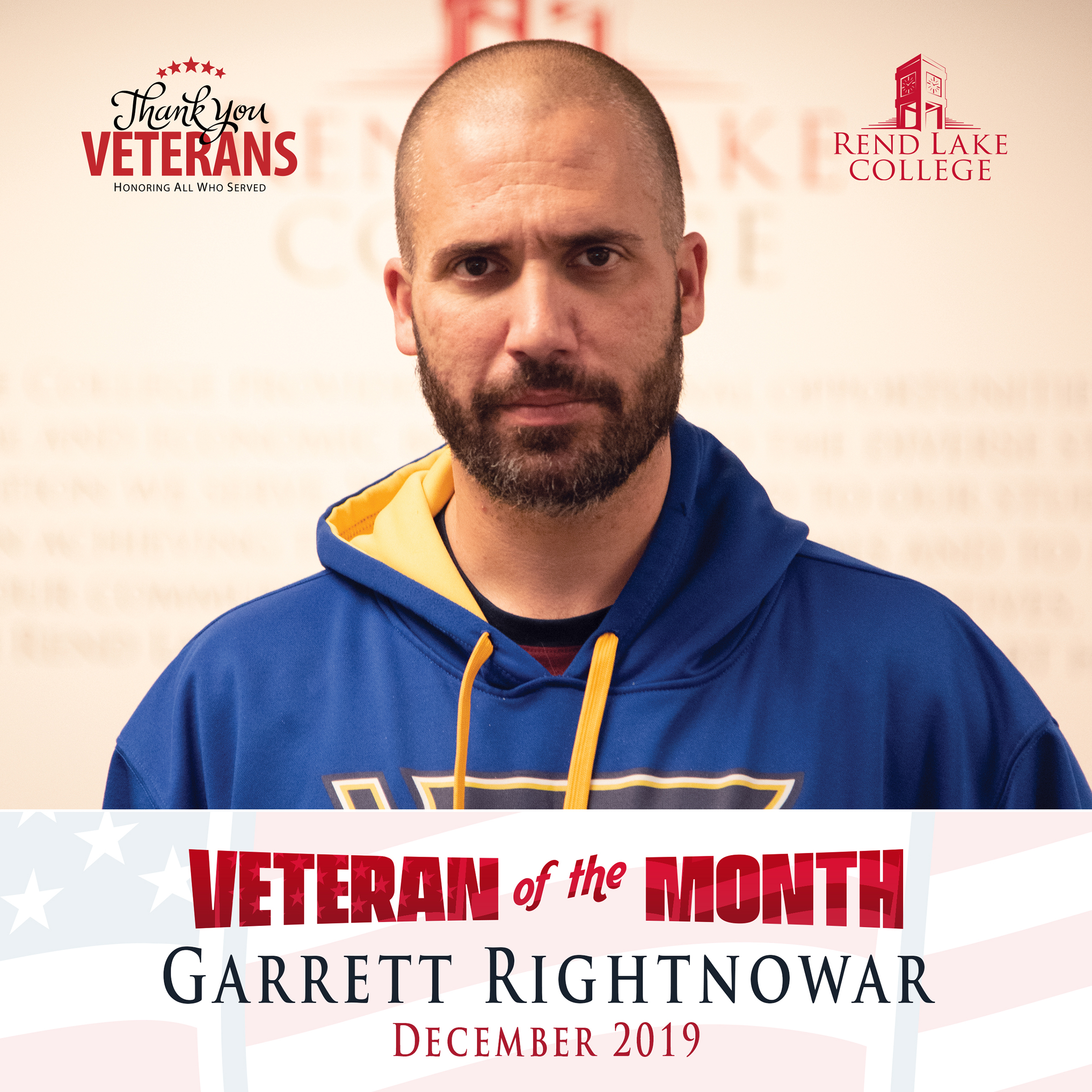 Rightnowar is a Bluford resident and served in the United States Army from 2002 to 2006. He is studying nursing at RLC.

"I was a volunteer firefighter before the Army and joined to get training as a medic and to perform that job with a combat unit," he said. "I attended college before the Army, but I couldn’t afford it and had to work instead."

Rightnowar said the military prepared him for college because he received training as a combat medic that translated to his civilian job as a paramedic.

"Now, I’ve come back to school to be an RN," he added. "I have worked in health care the majority of my adult life. I would never work doing anything else."

Rightnowar utilizes the Post 9/11 GI Bill® to help pay for college. He enjoys spending most of his time with his four children and riding motorcycles.