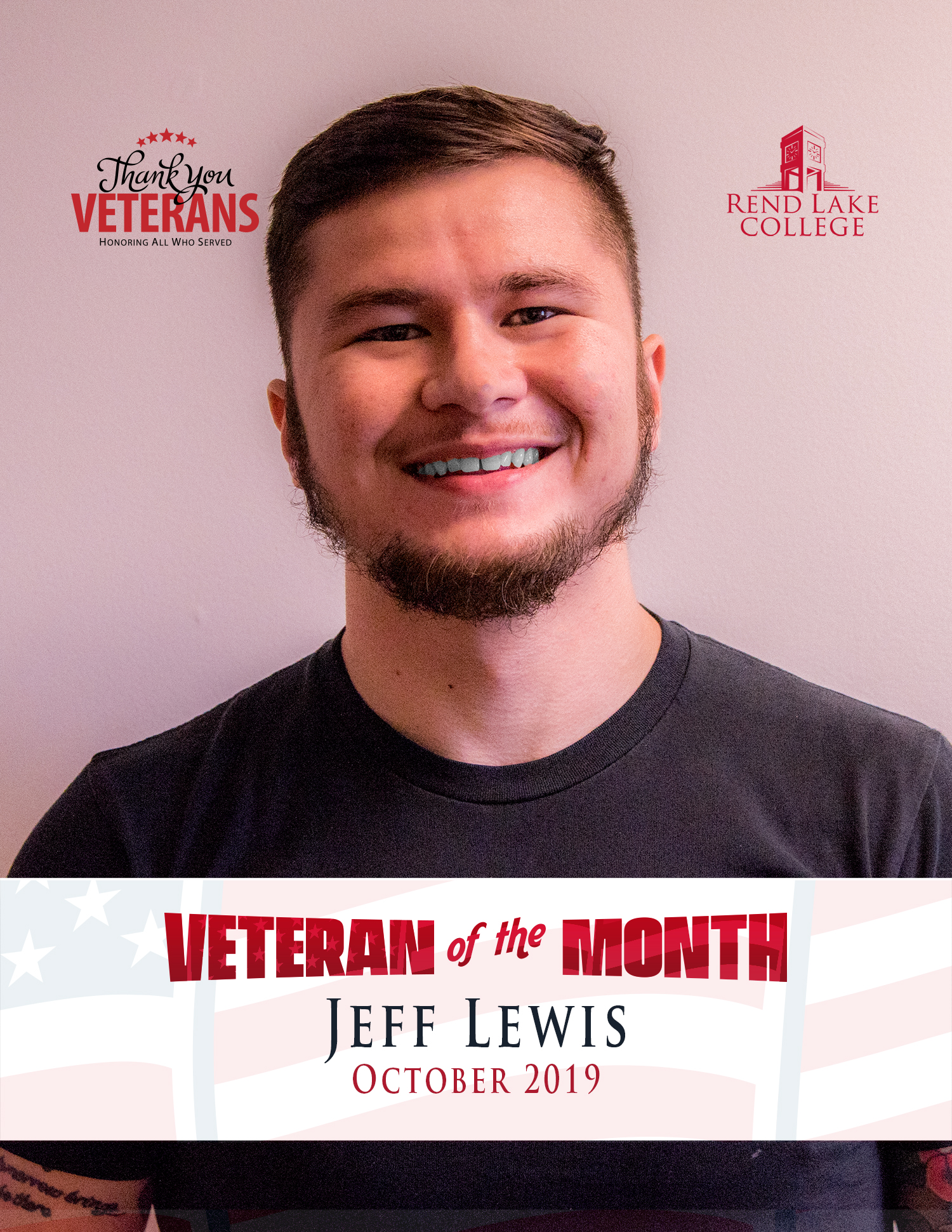 Lewis is a Mt. Vernon resident and served in the United States Marine Corps from 2014-18.

“I chose to join to carry on a family tradition of being a 4th generation Marine. I chose to join beforehand so I could have a solid foundation for my future and to cover school expenses,” he said.

Lewis said his time in the Marines made him disciplined and help him keep track of details, a skill has been very useful in his classes at RLC.

“My time in the military also helped me out in some courses to talk about my service and connect with other Veteran students,” he said.

In his spare time, he enjoys exercising and playing guitar. He says his favorite travel destination is Okinawa, Japan.