RLC shows up in the land that Disney built

INA, Ill. (Aug. 20, 2019) - Two of Rend Lake College’s own are repping Ina at the ‘happiest place on Earth’ by being part of the Disney College Program. Parker Robbins and Josh Vaughan, both of Sesser, are both going to discover the ins and outs of America’s most iconic theme park.

For Robbins, the program is more than just a great opportunity, it’s more of a family affair.

“I heard of the Disney College Program through my mother,” Robbins explained. She has worked with Disney as an at-home travel agent for many years now. So my family has had the opportunity to visit Disney World about 3 times a year, so you could call us a Disney family.  My sisters were the first ones to do it and then it was my turn.” 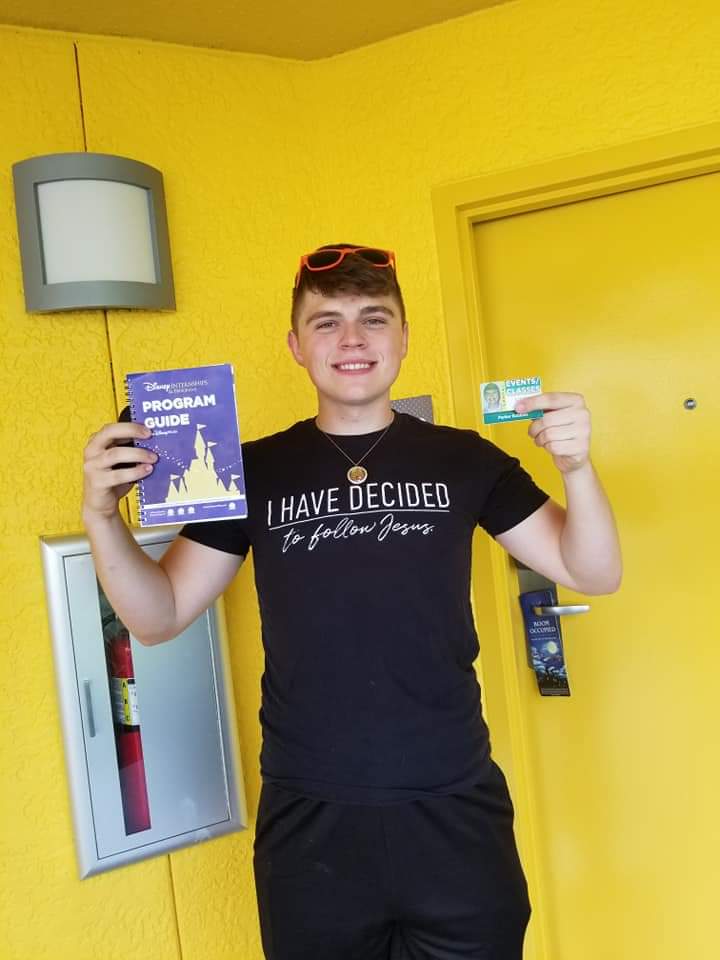 Parker Robbins, Sesser, shows off with his Disney ID and program guide after being accepted into the Disney College Program.

So, what does working at everyone’s favorite vacation destination look like?

An average day consists of Robbins pulling into cast parking and walking into the main cast member building behind Hollywood Studios. He has to go through security and then walk into the break room which is where he punches the clock.

“Once I clock in, I get an assignment from the computer that tells me exactly what I need to do. The computer then prints out the assignment on a receipt and I give that receipt to the person I’m replacing so that they know to get a new assignment. A regular day is a six-hour shift with two, 15 minute breaks every two hours. And then, once I’m done, I head back to the break room and clock out and come home.”

That all sounds pretty familiar, right? Wake up, clock in, go to work, go to lunch, clock out and go home. The difference lies in what those shifts actually entail.

“So, I have a funny work story. A fellow cast member wanted to surprise guests as they were walking out. We would get a 10-foot-long roll of Mickey Mouse stickers and if guests asked for a sticker, we would both fling the 10-foot-long hank of stickers to where it was touching the ground and the kids would be amazed at the sheer amount of stickers in front of them. They loved it so much and it was so cute to see their reactions,” Robbins said.

But, bringing smiles to families isn’t Robbin’s only perk. He said the group of people he works with are amazing. According to the pair, Disney prefers hiring people with positive attitudes, and it shows.

Robbins and Vaughan said the application process to take part in the program wasn’t hard. It’s a basic application, a web interview, a test and a final, phone interview. Both attributed their acceptance to the fact they were willing and open to take whatever Disney would offer them.

“They never told us why we were selected, but I believe the reason that Josh and I were selected is because we were both very open to work wherever Disney needed us. We had the opportunity to be specific on where we could work but we decided to just do anything they would give us. Along with answering the interview questions properly it was what I believe the reason we both got it our first try,” explained Robbins.

Vaughan echoed the sentiment, “On this application I said I was okay with almost all of them, so I think willingness and persistence is the key to acceptance.”

Robbins has been at Disney for a while at this point, but Vaughan just started his journey this month.

“I am looking forward to meeting people from all over the world and hearing their stories, as well as living with my best friend for five months,” Vaughan said.

A special part of the program is that everyone participating has their college on their name badge, so both Robbins and Vaughan will be sporting “Rend Lake College” all over the Wonderful World of Disney. 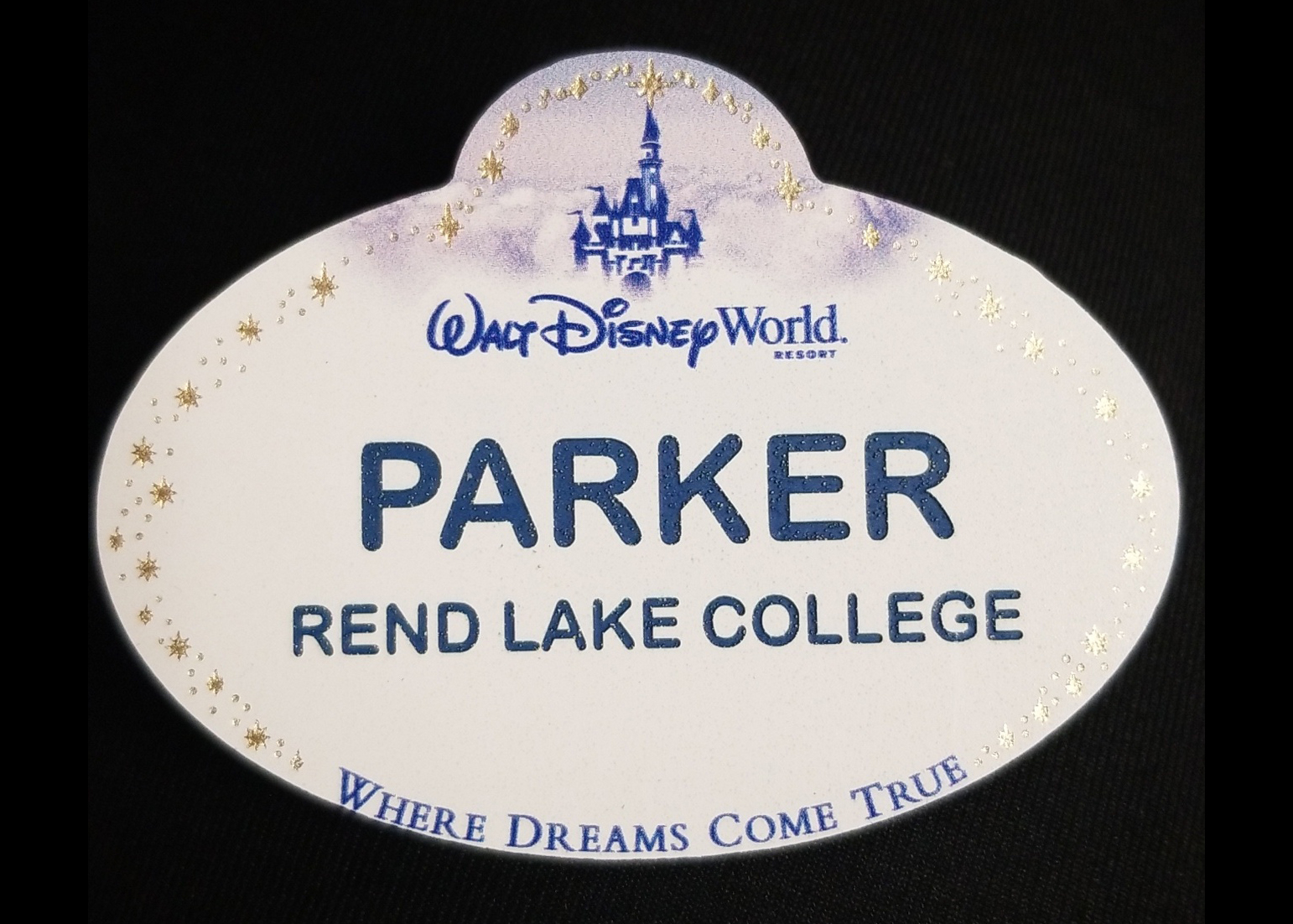 “Many people have asked questions about it,” Robbins said. “I actually have the occasional person who comes up to me to tell me about the fact that they know the Rend Lake area which is always fun to hear. Honestly, the most frequent question I get asked about it is, ‘Where is Reno Lake located?’ I guess because the D looks like an O on my nametag.”