INA, Ill. (Nov. 9, 2018) - Athletics, at its core, is a unifying force that rallies a group of individuals to become something more, something better. So, it’s fitting that the Rend Lake College Foundation chose an individual that was such a unifying force for his teams, his schools and his community at large as the 2018 Alumnus of the Year, perfect for this year’s theme of Celebrating Champions.

Curtis Smith was a warrior, both in the Rend Lake College sense of the word and by its dictionary definition. On the hardwood, Smith was a force to be reckoned with, fighting tooth and nail to be one of the best basketball players in the area at the high school and college level. And then, when life threw him one of the hardest challenges anyone could face, he was ready to fight that tooth and nail too.

It was on the hardwood that Smith first gained notoriety.

“Curtis is what I would call a self-made player,” legendary Benton coach Rich Herrin recalled. “He didn’t play basketball in junior high but when he started playing his freshmen year he fell in love with the game of basketball. He was the first one in the gym and the last one to leave. You had to run him off to get him out of the gym but he was a joy to coach,” recalled legendary Benton coach Rich Herrin in the story.

Smith was an integral part of the 1980 Rangers team that advanced to the Carbondale Super Sectional.

Following high school, Smith came to RLC to be a part of the Warrior basketball program. During his freshman year, he was coached by the venerable James “Hummer” Waugh, another kind, unifying voice that the world lost in 2018.  After Waugh transitioned to the athletic director position, Smith was guided by Mitch Haskins during his sophomore season.

Those two years in Ina cemented Smith in the history of RLC.

During his freshman season at RLC, he produced a Land of Lincoln Classic-record 38 points (17-25 FG) vs. Oakton, with nine rebounds, and 27 points (12-18 FG) and 12 rebounds vs. Southeastern Illinois.

Smith’s sophomore season was ranked No. 2 in RLC history at the time with 631 points. That season he also was named All-Southern Illinois College Conference and team “MVP” after a 21-11 campaign in which he averaged 19.7 ppg for league co-champs. He tallied a career-best 41 points in a 90-84 win over Lewis and Clark and helped the squad capture the RLC Pepsi Classic and finish runner-up in LLCC.

He was the lone inductee into the 2004 Rend Lake College Sports Hall of Fame and remains one of the few players in Warrior history to reach the 1,000-point club.

His 1,080 points -- before the advent of the three-point line -- ranked No. 2 all-time when he departed and remains third-best 22 years later, according to his Hall of Fame induction story.

Smith turned that love of basketball into something even more when he became an influential coach all his own, perhaps not surprising given the mavens he studied under.

He took the helm of Ewing-Northern Grade School and instantly started doing what he did best, making an impact on the lives of those around him. He found success as a coach, being named the SIJHSAA Coach of the Year in 2015. 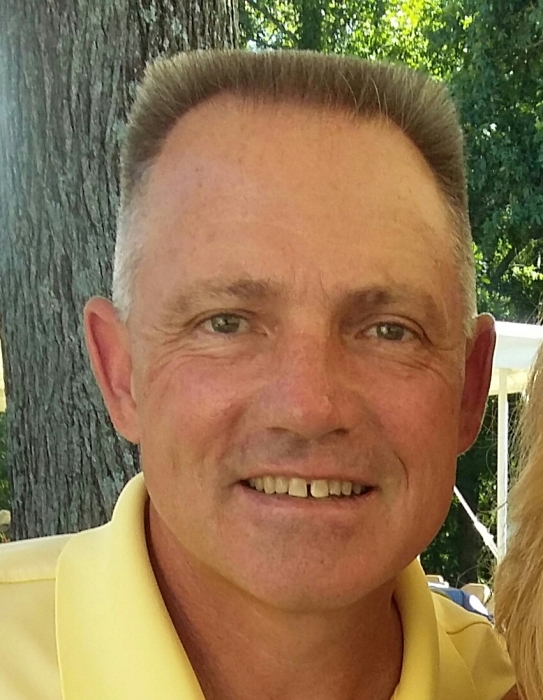 Unfortunately, sometimes the opposing team puts on the press.

In October of 2015 Smith and his family got the news, Smith had been diagnosed with colon cancer.

So, the fight began. But, the opponent played dirty. It cheated and Smith’s team rallied around him. Former players, friends, family, teammates, community members all flooded the family with support.

Tragically, not all enemies can be beaten, and on June 24, 2018, Smith lost his battle with colon cancer, at his home and surrounded by his family. He was 56.

“I had the privilege of being a team mate of Curtis at Benton High School. He is without a doubt one of the hardest working and most dedicated athletes I have ever been around. He truly made himself into a great player through his dedication in the gym. I know that he has received many accolades for his basketball playing career and all of those are well deserved, however, his legacy will be in the impact that he had on the lives of so many young men and women that he had the opportunity to coach,” expressed RLC Athletic Director Tim Wills.

“He was a successful coach in terms of wins and losses, but his greatest accomplishment was his positive influence on his players. He was a great role model as a man, a husband and a father. I do not think any parent could ask for anything greater than to have a person like Curtis Smith coach their child. He was a great friend and he will be missed by many.”

Even after his passing, Smith still continues to make a positive impact in the lives of those around him via the Curtis Smith Memorial Scholarship at RLC.

It’s for his dedication and positive impact that the RLCF has chosen Smith as Alumnus of the Year.

Smith will be honored at the RLCF 2018 Annual Dinner on Thursday, December 6, at the DoubleTree Hotel in Mt. Vernon. The Dinner is open to the public. Tickets are $40 per person or $400 for a table of 10. Tickets to the dinner must be purchased in advance. Cocktails will begin at 6 p.m. with the dinner starting at 6:30 p.m. Interested individuals are asked to RSVP by Monday, Nov. 26st by contacting the Foundation at 618-437-5321, Ext. 1324, or by sending an e-mail to [email protected]. Proceeds from the dinner go to the RLCF Scholarship Fund.