INA, Ill. (March 5, 2017) - While Rend Lake College has a long and storied athletic heritage, and many positive leaders have helmed various teams around campus, no one embodies the legacy of “coach” for Warrior athletics than James E. “Hummer” Waugh.

With nearly 50 combined athletic seasons under his belt, Waugh had a hand in almost every sport offered at the fledgling RLC. From baseball to cheerleader sponsor, volleyball to hardwood, Hummer’s impact and legacy were far-reaching and his wins were many, but most importantly, the “gentle giant” is remembered for his positive impact on the lives of those around him. 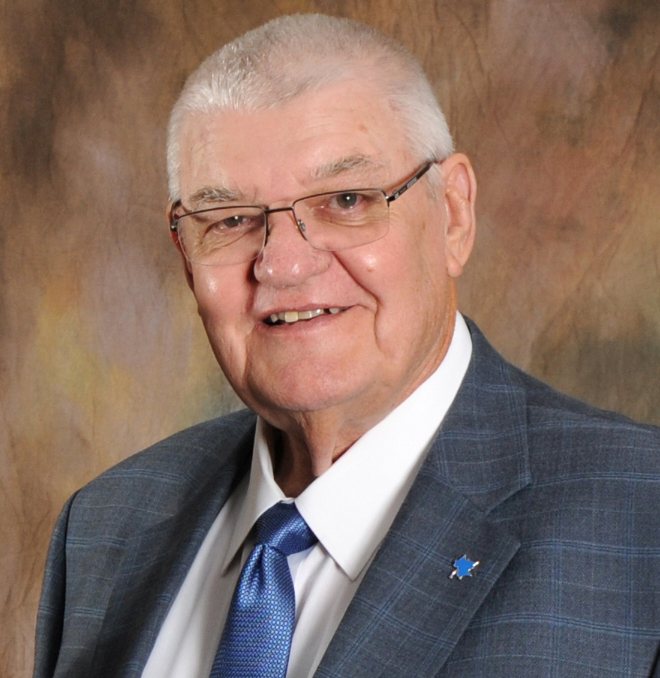 Dr. Harry J. Braun, former RLC President, once commented, “Jim Waugh is one of my favorite people. He’s the kind of person with whom I would like to have my kids associate with.”

Another former president, Mark Kern remarked, “Jim was a positive influence on every person he met.”

Waugh, a native of Terre Haute, Ind., and former star at Indiana State University in his hometown, came to the area in 1966 as basketball and baseball coach at Mt. Vernon Community College. Rend Lake College became a reality the following year.

In total, Hummer won 501 basketball games, including the first seven seasons in the prep ranks, 15 as coach of the Warrior men from 1966-81 and 14 with the Lady Warriors from 1981-95. As a result, he earned induction into the Illinois Basketball Coaches Association Hall of Fame in 1995. He also spent 17 of those years at RLC as Athletic Director. His Lady Warriors averaged 18 wins per season and made him GRAC “Coach of the Year” in 1987; they posted 22-, 26- and 25-win campaigns from 1985-88.

Hummer occupies three of the top-ten slots for longest serving coach in RLC history for his stints leading men’s and women’s basketball and the RLC softball team. In total, Waugh coached for a combined 47 seasons with the various Warrior teams and 29 years of service to RLC.

In addition to the IBCA HoF honors, Waugh was named to the Rend Lake College Sports Hall of Fame in 2001.

Outside of athletics, Hummer was a noteworthy educator as well.

Waugh’s letter of recommendation for the “Faculty Excellence Award” was signed by 14 peers. In part, it read: “Jim Waugh has stood for scholars/athletes, not the other way around … To know Rend Lake College is to know Coach Waugh. He is more than ‘Hummer,’ he is Heart. Just the other day, a student who has been in his classes and on his team commented, “His heart is as big as a house. You can always go to Hummer (for help).”

At one time or another, Waugh taught almost every course available through the Health and Physical Education Department. He is credited with developing the Basic First Aid course and the Substance Use and Abuse course, as well as many of the P.E. activity courses.

But, now the question everyone is waiting for. Where did the nickname Hummer come from? 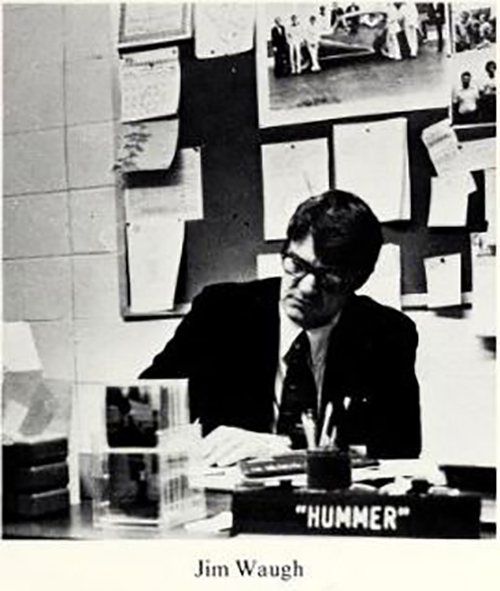 Former Baseball Coach Mike McClure insists Waugh was constantly chattering to his pitchers from the dugout, “Hum, baby, hum,” and McClure hung the name on him.

Hummer will always be part of the fabric of RLC and the area. In addition to more than 35 of his former scholars/athletes being in the coaching ranks today, the college’s gymnasium was dedicated to him in a naming ceremony on Nov. 3, 1995, officially becoming the James “Hummer” Waugh Gymnasium.

His long-time friend and fellow RLC athletic staple Wayne Arnold summed up Waugh as “a gentleman on and off the court” and cited his devotion to family. “He’s a big teddy bear,” Arnold expressed.