From factory to vice president, second time's a charm for Tate

INA, Ill. (Feb. 18, 2017) - The transition from maintenance technician to accountant to vice-president of a company wasn’t an easy transition to make, but for Rend Lake College graduate Steven Tate, the end result made all the sacrifices worthwhile.

A 1991 graduate of Mt. Vernon Township High School, Tate first enrolled at RLC during the fall semester of 1991. During that go-around, he focused on a career technical path, earning his Associate of Applied Science Degree in Maintenance Technology, graduating in 1993.

Despite learning valuable lessons and gaining critical work experience from his 17 years as a technician, Tate continued to feel like his calling was elsewhere. With that in mind, in 2010 he made the choice of going back to school full-time to study for a new career path, all the while continuing on in his maintenance job.

Initially, Tate settled on studying business in the hopes of advancing within the Walgreens ranks and because it was a field that was in strong demand with a lot of diversity. Graduating business students have opportunities in accounting, finance, marketing or management fields out of college depending on their interests and experiences.

“I remember walking into my first class after being gone for many years. I looked around and noticed that I was probably the oldest person in my class. There were a few of us ‘non-traditional students’ in my classes. It didn't bother me and most people didn't even really notice me. We were all there for the purpose,” Tate said.

“Every day I would work 11 p.m. to 7 a.m. and get to class by sometimes 8 or 9 in the morning. I would go to class pretty much all day and try to get some sleep at home before going back to work that night. It can be done. I did it and graduated at the top of my class. There are no excuses for not having time to do it. Go to class every day. Put in the time to study. What you do today will affect what happens later. I worked full-time and took a full schedule of classes at the same time.”

“I was hired as a full-time staff accountant at the Kemper CPA office in Mt. Vernon while I was finishing my last semester at SIUC. I was promoted in 2015 to Staff Accountant II. While working at Kemper, I studied and passed all four sections of the CPA exam and obtained my CPA license in January 2017,” he said. 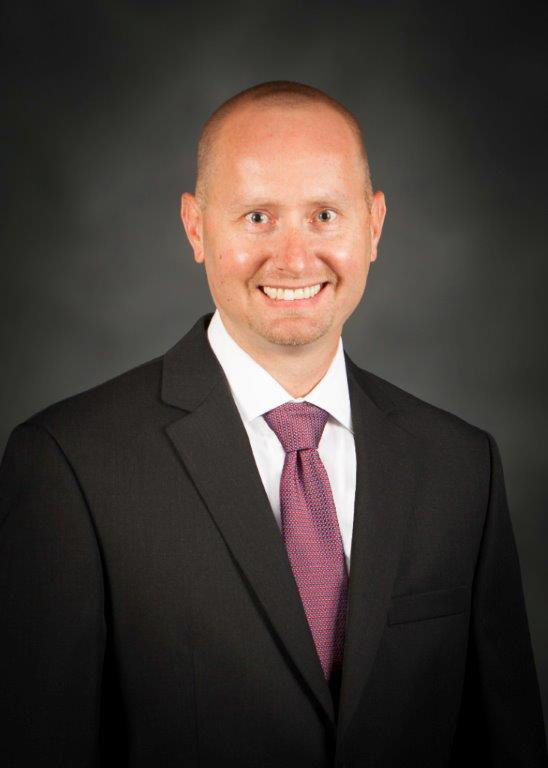 “I just recently left Kemper CPA, and I am now the Vice-President of Lincoln Crude Oil Marketing in Mt. Vernon. I also perform the controller position for the company. I am thankful that I started out in public accounting as it exposed me to many aspects of the business world. Working at Kemper gave me the foundation to build my career upon. I learned so many things working in public accounting.”

Not content, Tate says his goal is to someday be president of the company. He stressed that he will never stop improving his skills.

How does such a driven individual unwind? “Watching St. Louis Blues hockey,” he said with a grin.

All-in-all, Tate said he could not be happier with his choice to pursue accounting and recommends anyone interested in a business field check it out.

“With accounting you have to know all aspects of business and accounting is not just about the numbers, although if you don't know your numbers you don't know how your business is doing. If you do accounting, get your CPA license. It is the gold standard for the accounting world. Sign up on LinkedIn and create a professional profile. It gets you noticed by other professionals,” he stated. He invited anyone interested to have a look at his LinkedIn page for an example.