INA, Ill. – Taking that first step in going back to college for a second degree can sometimes be a most difficult and confusing choice. For Mt. Vernon resident Steven Tate, that leap back to Rend Lake College’s campus nearly 20 years after he graduated is one of the best decisions he’s made.

Tate shared his experiences that led him from working full time as a maintenance technician at Walgreens Distribution Center to the opportunity-filled world of a staff accountant at Kemper CPA Group LLP in Mt. Vernon. After graduating in 1993 with his first associate degree, Tate left RLC’s commencement ceremony again in 2012 and continued into the career he has now. 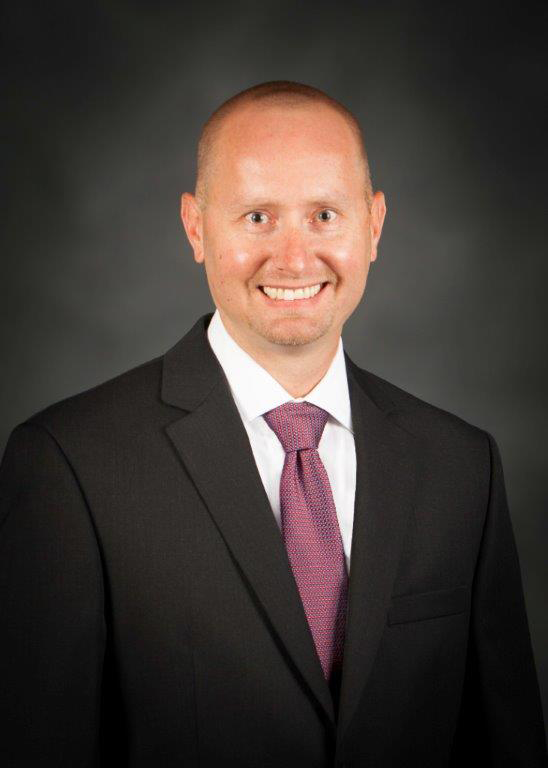 “Rend Lake is a really good stepping stone, especially the business program. It prepared me for courses at SIU. I know if it weren’t for Rend Lake, I would’ve been more overwhelmed, so it definitely helped me as the first step.”
- Steven Tate

After working at Walgreens for a decade, Tate decided it was time to switch things up. The RLC graduate in electronic maintenance came back for his second degree, only this time he chose something completely different: business.

“I thought, ‘I want to move up and do something else, something in management.’ I started taking classes at RLC in 2010 and one of my first courses was accounting. I found I really liked it and wanted to do more business classes,” said Tate. “I knew I wanted to go on, but I didn’t know what I wanted to do. Mark Jornd (Business Associate Professor) said to me, ‘You need to do accounting. You’re good at it.’ And that’s what I did.”

Tate says it was RLC’s proximity to his home and workplace that offered him the best option to start classes and figure out what he wanted to study.

“Rend Lake College is a short distance from my home, so I didn’t have far to go. And it gave me an idea of what I want to do before I jumped in at a four-year university. It prepared me for the university as far as what I needed to do,” said Tate. “The instructors at RLC told us what we needed to do to be prepared and good students. The classrooms were a lot smaller, so the interaction was a lot more one-on-one compared to a four-year university.”

One of his earliest courses was Business Calculus with Mathematics Professor Cindy Caldwell. It was there he learned just how difficult majoring in accounting would be.

“I had calculus with Cindy and she was wonderful. I recommend to anyone going into accounting to take their math courses at Rend Lake, because they’re less expensive and you have the math lab and tutors to go to if you need help,” said Tate. “I don’t think some people understand the work that goes into accounting. For one three-credit-hour course, I’d have nine or 10 hours of homework and studying a week, just for that one class.”

In the end, he decided accounting was the best option for him, even over a business degree.

“Accounting trumps it all because it’s the language of business,” said Tate. “I liked math. That’s the reason I gravitated toward accounting, but everyone thinks accounting is all about the numbers. It’s also about understanding where the numbers go. The math part is the easy part, but understanding what the clients’ needs are and helping them plan for their future is important too. You have to know their goals and develop a relationship with them. It’s all about making the client happy and doing what you need to do for them.”

With an Associate of Science in Business degree under his belt in 2012, Tate transferred to Southern Illinois University (SIU) Carbondale to continue working on his new career change. Before he reached the end of his journey as a Saluki, something special happened.

“I was hired in August of 2014 and I hadn’t even graduated yet. I was referred to the Kemper office in Mt. Vernon from the Dean of the College of Business at SIU. After submitting a resume, I was interviewed and hired, and I was still two classes away from graduating in December,” said Tate. “At Kemper, I do a lot of tax returns, but I also do basic bookkeeping, payroll, accounts payable and receivable, financial statements, quarterly tax returns, state sales tax returns, and so many other things. Every day I learn something new – a lot more than what was taught in class. My courses taught me the basic concepts of how things work, and the professional world is just so much more. Laws are always changing, and you’re not going to know everything.”

“I just thought, ‘If I’m going to do this, I’ll do it until I’m done.’ It was certainly an adventure,” he said.

Now, Tate spends much of his time planning for his own future and preparing for the Certified Public Accountant (CPA) examination. To be eligible, staff accountants like Tate have to complete 150 credit hours of work plus one year working in the professional field, both of which Tate will have next month.

The exam itself, however, is no easy feat. Broken into four sections, the 14-hour long examination has roughly a 50 percent success rate and is a formidable task for any would-beCPAs. Tate says passing the test is the “gold standard” for any accounting major, something he hopes to accomplish by December.

He’s planning to take the hardest section of the exam first – Financial Accounting Reporting – to get it over and done. Using the Becker CPA guide to get ready for the exam, Tate has taken several review courses, online lectures, and self-studies to prepare. The ultimate goal is to pass and take the next big step in his professional career.

“CPAs sign off on audits and work with the government or non-for-profits. It can be daunting, working a lot of hours in the spring, but it’s fun and exciting,” said Tate.

Some CPAs go into the private sector, but he says that’s not in his immediate plans. “I like public accounting and I’m going to stay with it. That’s the great thing about accounting, there are so many good opportunities. You get companies calling you, wanting you to come work for them. At first, you’re fighting to try to get a job before you have the degree, but once you get it, you have firms contacting you. The field is growing and we need accountants. There are lots of places looking to hire and that first job really opens a lot of doors.”

According to the U.S. Department of Labor, Bureau of Labor Statistics, there are nearly 1.3 million jobs for accountants across the nation. This number is expected to grow by about 13 percent, or 166,000, before 2022.

This is good news for Tate and other accounting majors who are focusing on passing the CPA exam and moving on to more impressive avenues.

“I’d like to be a senior accountant in a couple years and then a manager in four or five years. Eventually, I’d like to be a partner, but there’s no time frame for that. Less than 10 years would be awesome. There are just so many opportunities, especially in my firm and location in Mt. Vernon,” said Tate.

His advice to other business or accounting majors?

“Rend Lake is a really good stepping stone, especially the business program. It prepared me for courses at SIU. I know if it weren’t for Rend Lake, I would’ve been more overwhelmed, so it definitely helped me as the first step,” said Tate. “There was a lot of work in group projects, both at RLC and SIU, because that’s what you do in the real world. It was great to experience that. Plus, Rend Lake is also three or four times cheaper than SIU.”